Boxy Equator will go on sale in China reportedly next week powered by a EcoBoost petrol engine. 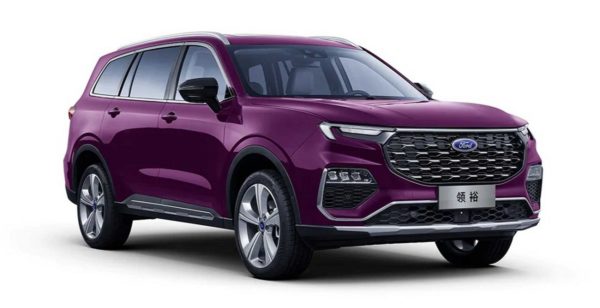 Equator will be limited to China only where it will serve as the step up from the Everest in Ford's lineup. Image: Ford

Uncovered last year on Chinese social media, Ford has officially revealed the market specific Equator SUV ahead of its debut next week.

The result of the Blue Oval’s partnership with Jiangling Motors Corporation, better known as JMC, the three-row Equator, a name Suzuki used from 2008 to 2012 on a badged engineered version of the US-spec D40 Nissan Navara, slots in above the Everest and unofficially replaces the Australian sourced Territory that bowed out in 2016.

Unlike the current Territory, based on the Yusheng S330 which caused controversy at its unveiling four years ago for copying the Range Rover Evoque, the Equator incorporates Ford’s own styling at the front derived from some of its SUVs sold in the US.

The Renault Koleos influence is prominent in the design of the Equator’s rear facia.

Sporting a rear facia not too dissimilar to the Renault Koleos, the Equator will also be offered with six seats as opposed to the standard seven and measures 4 905 mm in overall length with its wheelbase coming to 2 865 mm, height to 1 755 mm and width to 1 930 mm.

The interior, not seen in the mentioned images until now, is not only completely different from contemporary Ford models in layout and design, but takes on a look seemingly borrowed from another marque.

Aside from the faux wood trim and purple/beige hue, the dashboard is dominated by a full length digital instrument cluster and infotainment system configuration seemingly mirrored on Mercedes-Benz’s dual 10.25-inch MBUX. Its actual workings was not disclosed though.

Despite the rest of the interior and indeed its features not being revealed, Ford did confirm details of the powertrain, namely a 2.0 EcoBoost producing 165kW/360Nm. Available as standard with front-wheel-drive, the Equator will also come with the option all-wheel-drive at a later stage, with a solitary transmission currently being offered, a rotary dial six-speed dual-clutch.

For now, the Equator is restricted to China but according to a report from India’s Autocar, a number of design cues, namely the interior, will filter through to the new SUV Dearborn was developing with Mahindra shortly before halting the joint venture in January due to the effects of Covid-19.

As it stands, the still unnamed SUV, known internally as C757, will enter production this year based on the same platform as the new Mahindra XUV500, before going on sale next year. 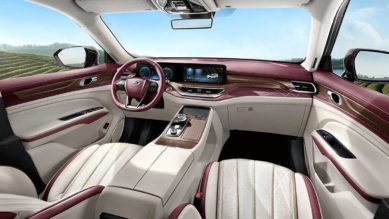 Mercede-Benz MBUX-style infotainment system and instrument cluster is potentially on the cards for other Ford models.

While still to be unconfirmed, the C757 could potentially find its way to South Africa as a replacement for the Kuga due to being right-hand drive and with a likely lower sticker price. However, nothing has yet been confirmed or rumoured.