If left unchanged from the Genesis GV80, the straight-six will produce 205kW/588Nm. 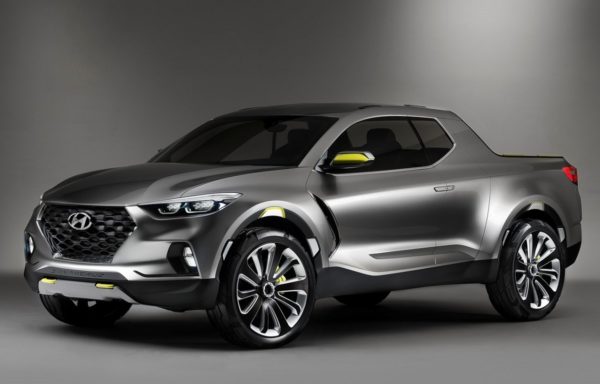 The concept Hyundai Santa Cruz will finally become a reality later this year but only in North America.

Hyundai’s long overdue global bakkie is reportedly on track to eclipse not only the forthcoming Ford Ranger and Volkswagen Amarok on power, but also the delayed Toyota GR Hilux.

Despite being branded towards the end of last year as a “sensitive topic at Hyundai and one which hasn’t reportedly been developed much, Australia’s carsguide.com.au has claimed the still unnamed model will become a reality next year or in 2023, the same time of arrival as sister brand Kia’s equivalent.

Unlike the unibody Santa Cruz North America will be receiving later this year, the body-on-frame rival for the Hilux and Ranger will, in accordance with a claim from last year, feature the 3.0-litre straight-six diesel from the Genesis GV80 that pumps out 205kW/588Nm.

As a comparison, the already spotted next generation Ranger and incoming Amarok will derive motivation from the 3.0 Powerstroke V6 that produces 186 kW in the F-150, while the GR Hilux appears set to receive the 200 kW Mazda-made 3.3-litre oil-burner bound for the Land Cruiser 300.

Despite the final outputs of the straight-six being officially unconfirmed at present, its direct implementing into the bakkie will result in a torque deficit of nine Newton Meters compared to the Hilux and a massive 62 Nm versus the Ranger and Amarok. As indicated, though, the final figure could well change.

What is expected though is a choice of rear- or four-wheel-drive, possibly single as well as double cab body styles and a smaller engine slated to be the 2.2-litre four-cylinder oil-burner from the Staria and Kia Sorento instead of the four-and six-cylinder petrol units the Santa Cruz will utilise in the US.

Although little is otherwise known about the newcomer as the focus continues to be on the imminent arrival of the Santa Cruz, expect more details and rumours to emerge over the coming months.