Slated to arrive in 2023, the hybrid powertrain could well debut in the next generation Land Cruiser Prado. 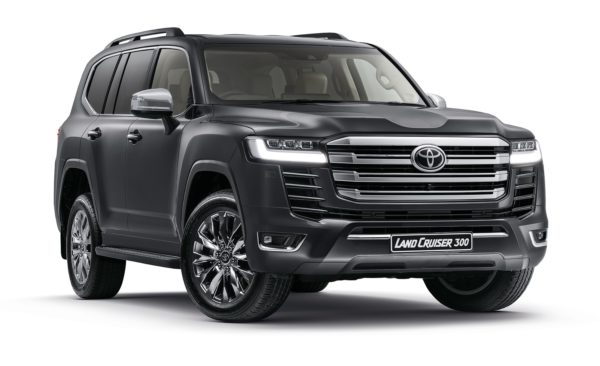 Newly launched Toyota Land Cruiser 300 could feature a diesel/electric powertrain after all.

Rumoured to be heading for the Land Cruiser 300 two years ago, a report from Japan has alleged that Toyota is forging ahead with plans for a diesel/electric powertrain that could potentially debut in the all-new Land Cruiser Prado.

In line with the automaker’s all-vehicle hybridisation strategy by 2025, Best Car reports that the unit will be expanded to other models including the HiAce, with the new Prado, due in 2023, reportedly being tipped as the first model to receive it.

While details surrounding the powertrain are unknown, current speculation is that the setup could comprise the 2.8 GD-6 engine being paired to an electric motor, however, as indicated, this remains purely speculative at present.

Meanwhile, a related report from Australia has claimed that Toyota will be rolling out a significantly revised Land Cruiser 70-series next year, though little about the actual tweaks were divulged.

Officially the oldest Land Cruiser derivative in production today with introduction having taken place in 1984, motoring.com.au reports that the changes will come into effect from or by November next year in preparation for new safety regulations Down Under pertaining to side impact crashes.

“As part of our commitment to continuous improvement, we have plans to continue to update the specifications of this model in the next major update, the details of which will be revealed in due course,” an unnamed Toyota Australia spokesperson was quoted by the online publication as saying.

Last updated five years ago, what is not expected to form part of the updates is the Land Cruiser 300’s new 3.3-litre turbodiesel V6 engine after Toyota reiterated back in June that no plans are in place to drop the single turbo 4.5 D4-D V8 that powers the 76 and 79.

“We don’t have plans to discontinue that. The V8 turbo diesel engine in the LC70 is currently still in production,” Toyota Australia’s Senior Product Manager Rod Ferguson said at the time.

It however remains to be seen how the 70-series will be impacted by the hybrid switch as it too will receive electrification before or during 2025.