The replacement for the NV200 is Nissan's version of the Renault Kangoo, that also spawned the second-generation Mercedes-Benz Citan. 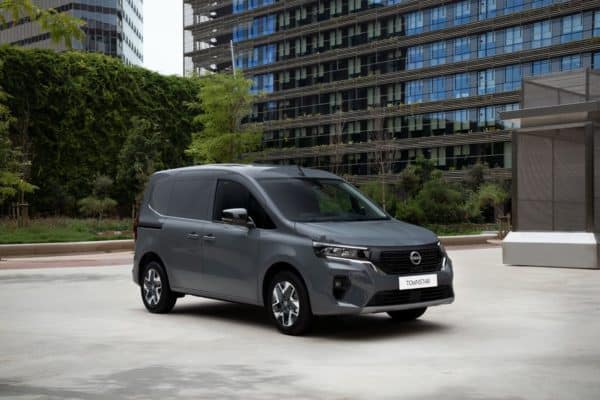 In a surprise move, Nissan has unveiled its replacement for the NV200 in Europe, Townstar, as part of a wider refreshed commercial vehicle line-up.

Slotting in below the updated Primastar and Interstar, both reverting back to their original monikers after being called NV300 and NV400 when the current generations debuted in 2014, the Townstar is in effect another joint venture model in that it is spinoff of the Renault Kangoo that spawned the all-new Mercedes-Benz Citan earlier this month.

Set to also rival the all-new Volkswagen Caddy as well as the Stellantis trio, the Opel Combo, Peugeot Rifter and Citroën Berlingo as well as the Toyota ProAce City produced in partnership with the mentioned three, the Townstar boasts the same dimensions as its siblings, but with a Nissan specific front fascia and slightly revised rear.

Like the Kangoo and Citan, the Townstar will be offered as either a van or a people mover, albeit without the option of a long wheelbase bodystyle for now. Based on the CMF-B platform, the Townstar, in panel van guise, has a claimed loadbay of 3.9m3 and payload of up to 800 kg.

Compared to its siblings though, and in a departure from the class norm, the Townstar does without a diesel engine in favour of a single petrol unit or an optional all-electric variant.

In the case of the former, the alliance and Daimler co-developed 1.3-litre turbo-petrol features with outputs of 96kW/240Nm. The electric model meanwhile employs a 44 kWh battery that serves up 90 kW and a claimed range of 285 km with Nissan claiming a waiting time of 42 minutes from 0-80% using a 75 kW outlet.

Build at the same Maubeuge Plant in France as the Kangoo and Citan, the Townstar will go on sale later this year with pricing in Europe unknown. Despite the NV200 having been offered in South Africa previously, for now, the Townstar is not being mentioned as its replacement and alternative to the Combo or Caddy due out in November.