If reports are proven accurate, the pumped-out GR Yaris could potentially produce as much as 221 kW. 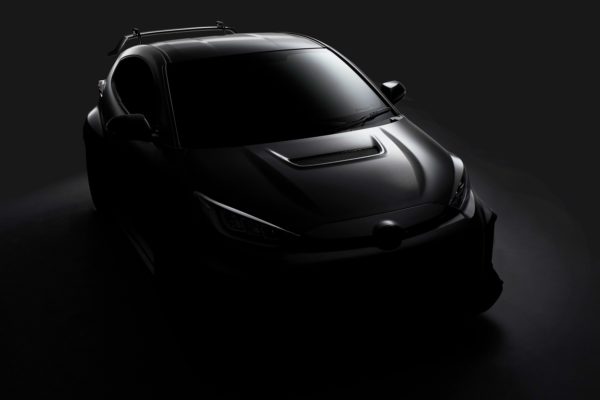 Teaser image shows a new rear wing and bumper, as well as a bonnet vent hinting at more grunt.

With exactly two years having passed today (10 January) since the debut of the GR Yaris at the Tokyo Auto Salon, Toyota has provided a teaser image of an even more hardcore model destined for this year’s event.

Though unlikely to revive the full-on GRMN moniker, the still extreme model boasts a new, oversized rear wing, what appears to be a more aggressive front bumper and even wider door sills.

The most interesting addition tough is an air intake on the bonnet, which has unlocked speculation of a possible power increase from the three-cylinder 1.6-litre turbocharged engine.

As it stands, the unit, destined for the incoming GR Corolla, produces 200kW/370Nm in Japan, though detuned in other markets with South African models delivering 198kW/360Nm.

Based on a report last year from Japan’s carsensor.net, as much as 221 kW could be extracted from the blown three-pot, channelled once again to all four wheels via a six-speed manual gearbox.

In addition, the online publication alleges the model will come without rear seats and forgo the electronic handbrake for a conventional mechanical system with a traditional lever.

Despite the Tokyo Auto Salon commencing this coming Friday (14 January), don’t be surprised if complete details and/or images of the GR Yaris appear online before the official reveal.