Fabio Quartararo set the pace in the first half of the season, but anything can still happen when the action resumes. 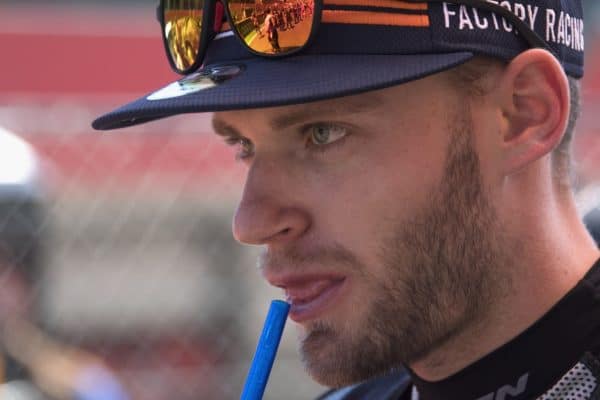 This year’s MotoGP world title fight is far from settled, with a wide variety of factors waiting to play a part over the second half of the season.

“With Fabio Quartararo so far in the lead, it would be hard to bet against him as champion to be,” says Petersen.

“He is brilliant at finding a workable race setup early on a competition weekend and the works Yamaha, being easier to set up than most other bikes, suits him down to the tarmac. So logic would dictate Quartararo to be the man to beat, but there are people who could do just that.”

Petersen reckons that the Ducati and KTM teams’ fight-back will come alive over the next two MotoGPs, to be run back to back at the fearsomely fast Red Bull Ring in Austria.

“The Ducati V4 Desmosedici and the V4 KTM RC16 are without a doubt, in a straight line, the fastest MotoGP motorcycles in history, and that will show at the Austrian Spielberg track.

“It could give Zarco and Bagnaia the chance to close the points gap to Quartararo, while Oliveira and our own Brad Binder could certainly fight for podium places,” Petersen says.

“After Austria comes Silverstone in Great Britain, where I expect Repsol Honda’s Marc Marquez to be the rider to beat. In fact, Marquez could be the year’s ultimate “spoiler”, though not in run for the title.

“He has already shown he can win with a still-healing arm – once fully recovered, he will win again. He is a born racer – never happy to finish behind others, and he will take many points from the current title leaders,” Petersen adds.

“Do not forget Mir clinched last year’s title in the second half of the season, via relentless point-scoring finishes. He is in a good position to repeat that showing, with a victory or two a distinct possibility.”

Petersen says the straight-four Yamahas and Suzukis will be better suited to the MotoGP circuits like Aragon, Malaysia and Valencia than the Ducatis and KTMs.

“Those circuits place a premium on braking and turning, which the straight-four bikes do better than their more powerful V4-engined MotoGP rivals. Thus, a rider like Quartararo will be able to take podiums and valuable points, even if it turns out he can not beat a resurgent Marc Marquez in the final few races.”

“Others who could show flashes of brilliance, as they have done in the past, must include Lenovo Ducati’s Jack Miller, Monster Energy Yamaha’s Maverick Vinales and Aleix Espargaro on the Aprilia,” Petersen concludes.