The five will remain in custody, and their pretrial starts in May in the High Court. 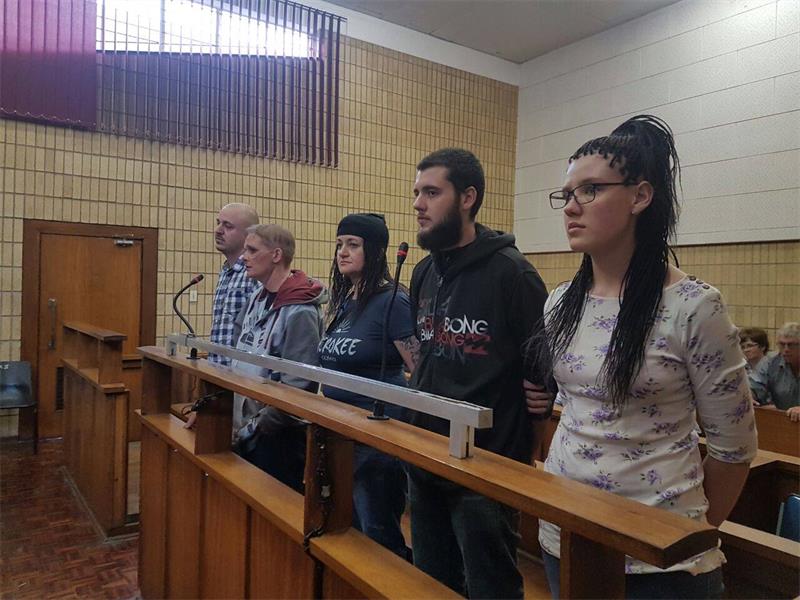 The #TripleMurder case, involving the accused Marcel, Cecilia, Marinda and Leroux Steyn and the Zak Valentine fraud case, has been centralised and moved for trial to the Palm Ridge High Court.

The accused appeared in the Krugersdorp Magistrates’ Court today, where they heard that their pretrial will commence on May 5 in the High Court.

Together with the murder charges, they also face charges of robbery with aggravated assault, being in possession of an unlicensed firearm, committing fraud and identity theft.

No bail has been granted to any of the accused.

A visibly upset Marinda claims her visitation rights have been taken away, which means she also does not have access to luxuries such as toilet paper.

Marinda, Cecilia and Zak have requested their own separate legal representatives.

The investigating officer testified saying Marinda’s visitation rights were cancelled because her only visitor, Dries Steyn (who is Cecilia’s husband), had carried messages between the various accused persons.

In December, the sixth accused, John Barnard, shocked everyone when he signed a plea bargain with the State and turned State witness.

He was sentenced to 30 years’ imprisonment with a 10-year suspended sentence.

Three weeks without water, while the ANC bickers
2 mins ago
2 mins ago

Three weeks without water, while the ANC bickers
2 mins ago
2 mins ago