It was understood that an unknown number of gunmen had entered the store. 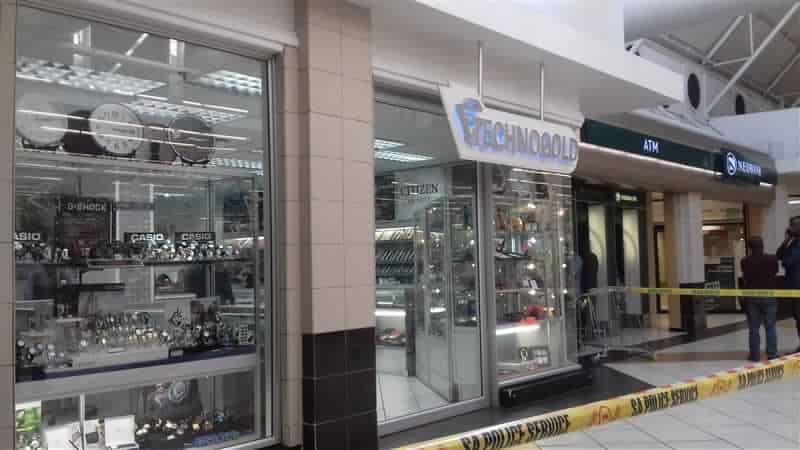 Technogold has been cordoned off after an armed robbery at the store.

Two people were left injured after an armed robbery at Festival Mall, in Kempton Park, on the East Rand on Monday.

ER24 spokesperson Russel Meiring said paramedics arrived at the scene and found a security guard lying in the parking area of the mall. The man was assessed and found to be in a critical condition, having sustained a gunshot wound to his chest, Kempton Express reported.

“A second patient, a woman, was found in a jewellery store [Technogold] in the mall. The woman was assessed and found to have sustained a gunshot wound to her leg,” Meiring added.

Paramedics treated both patients and provided the security guard with advanced life support interventions. Once treated, both patients were transported to Arwyp Hospital for further treatment.

He said it was understood that an unknown number of gunmen had entered the store.

The woman had attempted to defend herself before she sustained her wound.

A relative of one of the staff members at the shop confirmed a female employee was wounded.

A bullet hole can be seen on the glass window of the shop.

Police officers are currently inside the shop getting statements from the staff.