The record was set straight by Dowayne Combrink as he bombed out veteran Simon Mokoena in two rounds in the headline bout of the "Thunderstruck" bill at Emperors Palace on Tuesday night. 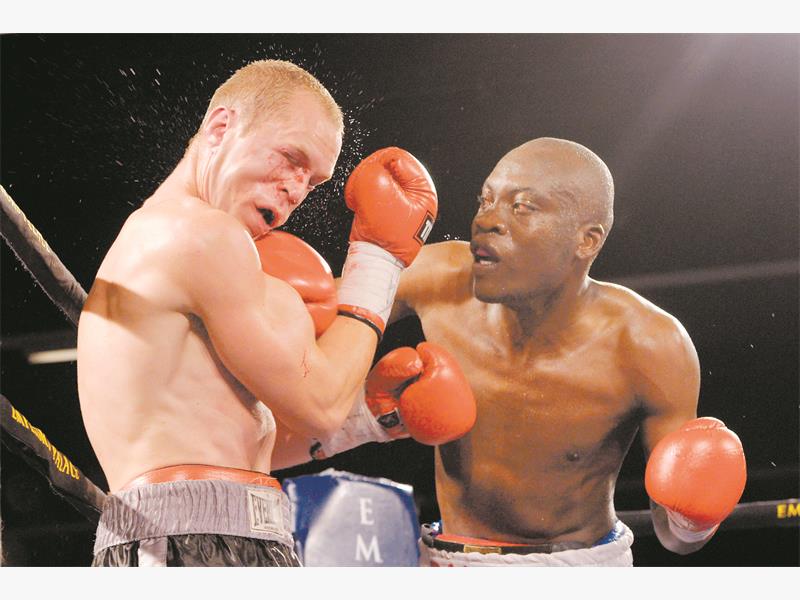 The two had met before and the 43-year-old had surprisingly managed to take the up-and-comer the full six rounds only to lose on a points decision. But that wasn’t the case this time around as Combrink came out with intent and blasted away a fighter who should consider handing his licence back having now lost 12 on the trot.

Mokoena was little more than a walking punching bag for Combrink, having his first fight under trainer Harold Volbrecht, and the fight was over at one minute and 19 seconds of the second round.

The fight of the night honours went to Stone van Aswegen and Willis Baloyi as they entertained over six rounds in a fight set at a catchweight limit of 65.5kg. In the end it was Van Aswegen, who was the better boxer of the two, who prevailed on a split points decision with two judges scoring it 59-55 and 58-56 in his favour while Baloyi did enough to win 58-57 on one card.

Newcomer Martin Makabu, the younger brother of cruiserweight Junior, only needed a minute and 12 seconds of the second round to stop fellow debutant Cecil Smith in their heavyweight encounter.

Smith was on the canvas in the first round as Makabu used a combination of body blows and heavy head shots to good effect.

Promising bantamweight Ronald Malindi proved to be too strong for Meshack Matabula, stopping him inside one round while Mandla Sibuso got the better of Shane van Schalkwyk in the battle of the lightweight debutants with the former’s corner stepping in to stop the action at the end of the second round.

William Bankisi did enough to take a split decision win over Zane Mundell in a clumsy junior-middleweight bout. Mundell tried to knock his foe out with every punch he threw instead of formulating some form of game plan and was made to look silly.

The final bout of the night had to be cancelled as Philip Dlamini failed his medical which means Josh Roos will have to wait a little longer to make his pro debut.