It is alleged her car collided with the side of the rock face, and then hit a tree. 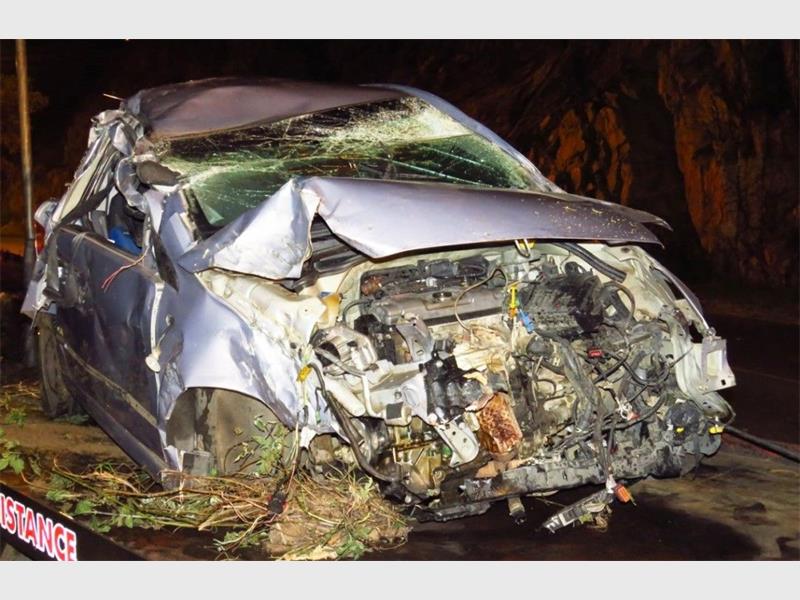 The wreck of the vehicle.

At about 1.40am this morning , June 2, Netcare 911 paramedics responded to reports of a collision on Christiaan de Wet Road in the S-bends near the Wilgerood Road junction on the West Rand, Roodepoort Record reports.

Paramedics arrived to find a 24-year-old woman lying in the road. Reports from the scene indicate that her car collided with the side of the rock face, then went across the road and over the crash barrier and collided with a lamp-post and a tree.

She had sustained severe injuries and was placed on a ventilator at the scene by the Advanced Life Support paramedic. Her injuries were so serious that the Netcare 911 air ambulance was dispatched to the scene. She was airlifted to a specialised trauma centre in Johannesburg for the urgent care that she required. 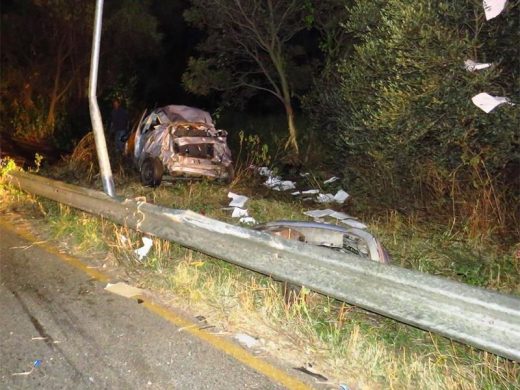 The remains of the vehicle, which went through the crash barrier.

No one else was injured in the incident.

The Fire Department was also present and assisted the Netcare 911 rescue vehicle with closing the road to ensure a safe landing zone for the helicopter.

The JMPD were also on scene to investigate the crash and preceding events.

One dead in R28 horror crash