The structure contains 783 nuts to represent the number of corruption charges Zuma still hasn't answered for. 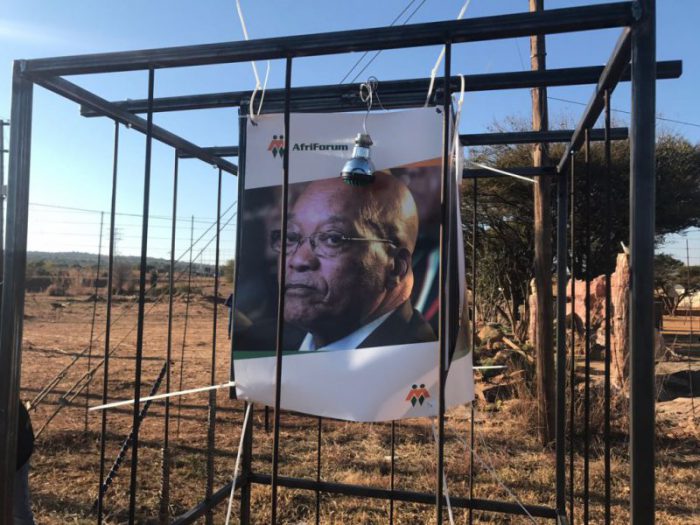 Angry bystanders ran AfriForum members out of their town after the group erected a temporary ‘anti-Zuma’ monument in Groot Marico in the North West province on Tuesday.

The structure contains 783 nuts, which represents the number of still unanswered corruption charges that were laid against Jacob Zuma before he became president.

AfriForum put up the structure as a response to the North West provincial government’s plans to erect an expensive statue of Zuma at the Zeerust site where he was captured by apartheid security forces in 1963.

Tiaan Oosthuizen, AfriForum’s district coordinator for North West, said their demonstration was cut short right after the erection of the monument when bystanders started threatening AfriForum and its youth delegation with violence and destruction of equipment.

“It is sad that politicians can influence a community to the extent that it becomes riotous. Groot Marico is in ruins and the community does not realise that the money can rather be used to upgrade infrastructure and provide informal settlements with basic services,” said Oosthuizen.

He added that they had to leave the town as a result of threats and violent actions.

“This was only activism to illustrate our unhappiness, but it quickly turned into a racial issue. We will never approve the erection of this monument,” Oosthuizen said.