The carcass was found teeming with larvae near a creek where children were playing. 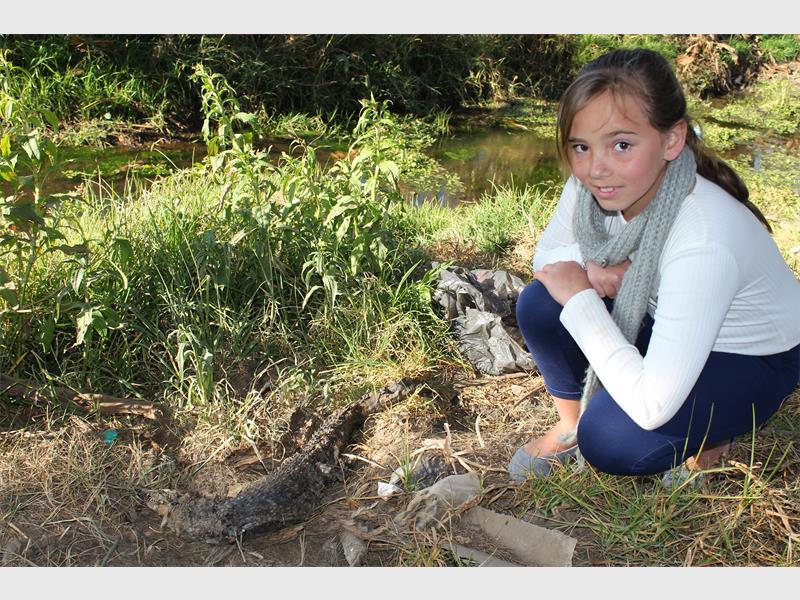 Debra-Lee Laubscher was playing with a group of children next to a small creek in Dyer Road when she made the stinky discovery.

She says she smelled “something stinky”, and when she went to investigate, found the carcass on the embankment, teeming with larvae.

“I thought maybe it was a huge lizard or something at first, but I wasn’t sure. It’s the first time I’ve seen a crocodile up close,” says Debra-Lee.

Her aunt, Shelly Laubscher, says she could not believe it when she saw the carcass.

“I didn’t know what to do. Who do you call in this kind of situation?” she asks.

Shelly pointed out other disturbing objects on the embankment of the creek.

“There is a skull of some kind, but we can’t say what type of skull it is.” 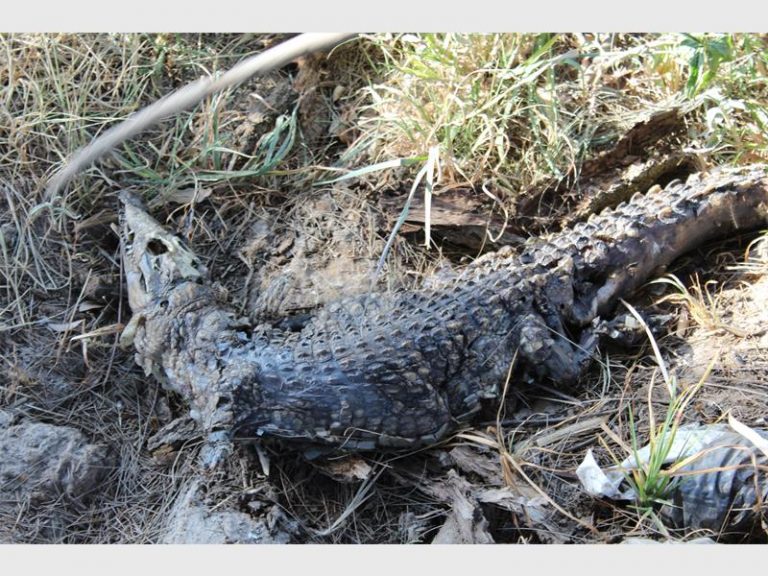 The crocodile carcass was found by a group of children playing at a creek in Dyer Road. Picture: Springs Advertiser 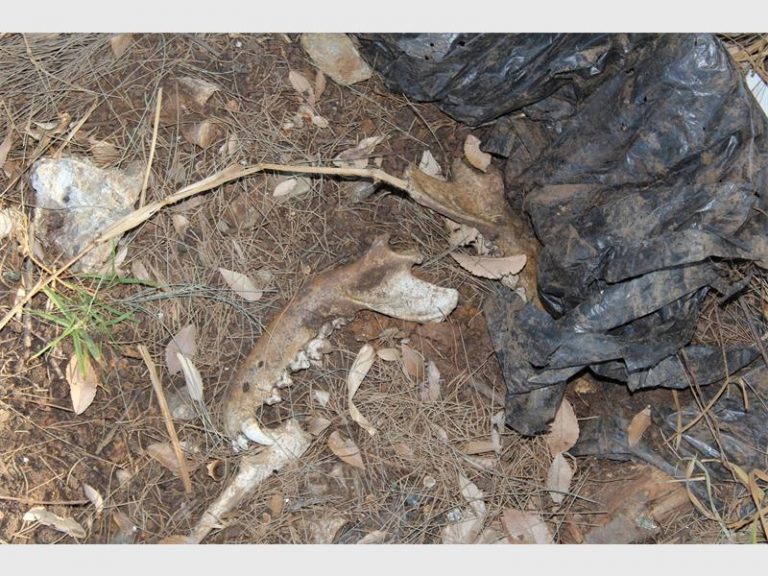 The jaw of an animal was also found at the creek in Dryer Road, Strubevale. Picture: Springs Advertiser

Part of a jaw was lying on the ground along with the skull as well as a plastic bag filled with larvae.

“It’s vacation and our children play here often, but this is worrying. Not only is this unhygienic, it is also dangerous for our children,” says Shelly.

Christopher Mthombeni, senior environmental officer of Ekurhuleni, was surprised to hear of this discovery in Springs.

He says he is not aware of any nearby crocodile farm from which it could have escaped, which leads him to believe it may have been someone’s pet.

“It is possible the reptile was released there by a person who may not have had a permit to keep the animal. Crocodiles are indigenous to the area and owners have to have a permit. I do not believe it escaped from somewhere.”

Mthombeni says if the reptile was kept at a property and has escaped, the owner needed to do the responsible thing and report the incident.

“The point is, I think someone released it because they realised they needed a permit to keep the animal and they were probably scared of getting caught.”

On July 22, the Saturday Citizen reported that thousands of Gauteng suburban dwellers are gambling with their safety and health by keeping exotic or wild animals on their properties.

The CEO of the Captured Africa Foundation, Drew Abrahamson, was reported as saying the growing acceptance of people living with exotic and wild animals was symptomatic of the country’s lack of capacity to effectively deal with wild animal populations.