Three vehicles were involved in the accident. 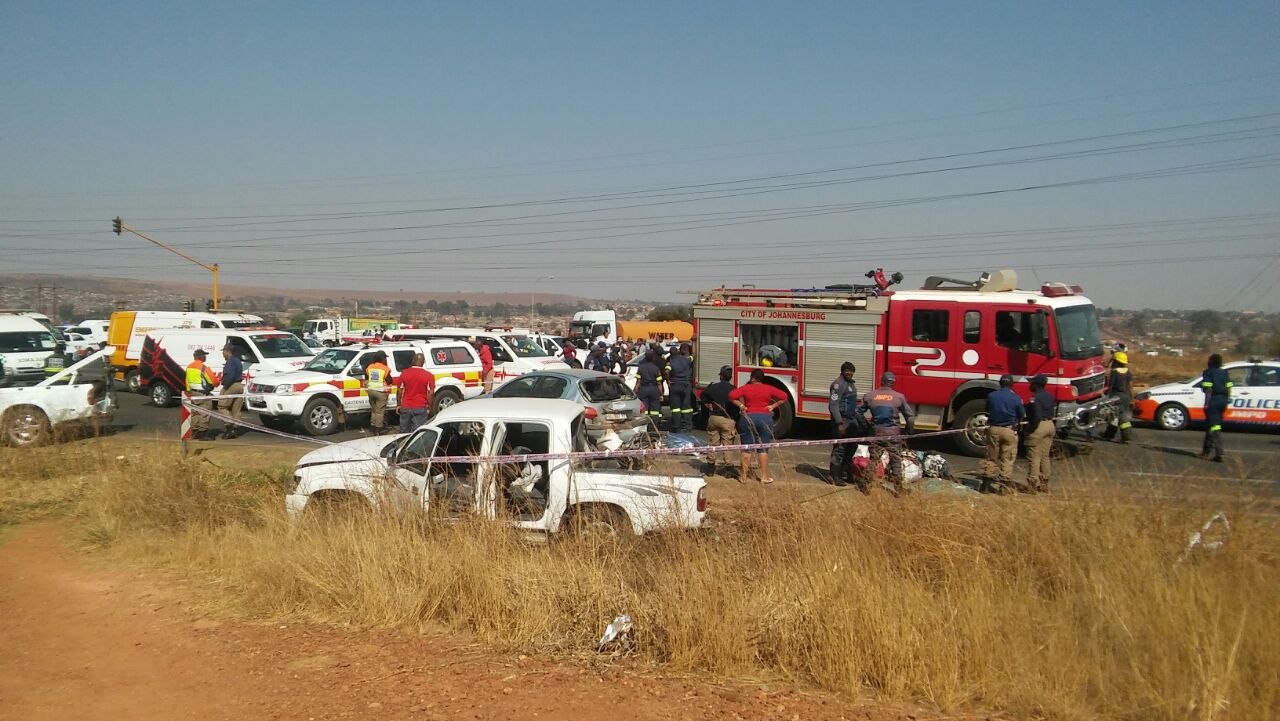 An on-duty JMPD officer was killed and three others rushed to hospital following a horrific accident along the Golden Highway outside Lenasia South earlier today (September 8) in Johannesburg, Rising Sun Lenasia reports.

The officer had been on duty performing a routine stop and search operation when the incident occurred.

According to JMPD spokesperson Superintendent Wayne Minnaar, three vehicles were involved in the accident.

Minnaar said: “The officer had pulled over a Toyota Double Cab bakkie. While the bakkie was leaving the road, a bus ploughed into it, causing the bakkie to run over the officer and into a stationary vehicle, a Peugeot. The bus came to a halt a few metres from the crash site.”

The officer was pronounced dead on scene and three people were rushed to hospital for further treatment by Pulsate Ambulance Services.

The bus driver was arrested on charges of reckless driving.

“This is very sad as this is the second officer we lost in seven days,” said Wayne Minnaar.

He urged drivers to be more careful.

“Drivers are reckless and lives are taken very lightly. We need to take a tough stance in bringing this to an end,” Minnaar said.

JMPD officers on hearing about the tragic loss rushed to the scene. People were heard sniffing and crying at the scene.

Five people including a baby killed in R536 accident