Boxing, a tool for change and upliftment

The sound of children running down the passage interrupted the interview as Anton Gilmore discussed the Fight With insight programme this week. 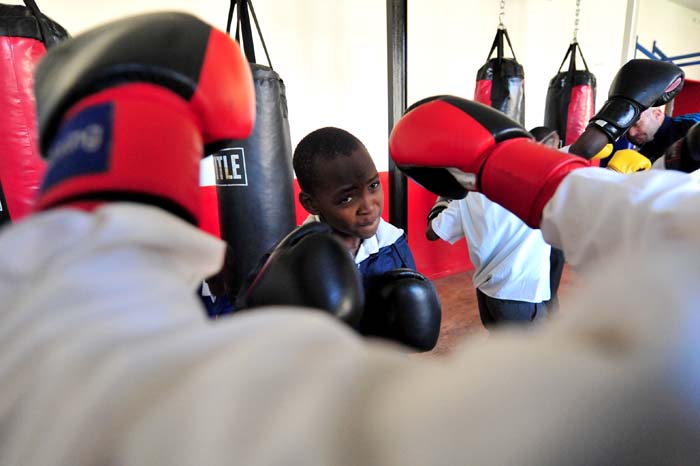 The number increases steadily with the number of pairs of boxing gloves available on the shelf dwindling at a rapid rate as more children find their way to the gym – slightly bigger than a single garage – on the third floor of the Children’s Memorial Institute in Braamfontein.

It’s here that former professional Gilmore and child protection and development expert Luke Lamprecht use the sport of boxing as a tool for change and upliftment.

Started in 2006 to help young offenders in Johannesburg’s southern suburbs, Fight With Insight is now also geared towards assisting inner city children find a way to better themselves and give them a place to stay out of trouble.

“We’ve seen kids starting to settle. That’s the majority of what we do which is a more preventative thing. Trying to give children somewhere to be so that they don’t get into trouble so that they have a viable alternative,” Lamprecht said.

During this particular session there are a number of children who have lived in hijacked buildings in Johannesburg central. One boy, aged 10, has never been to school. 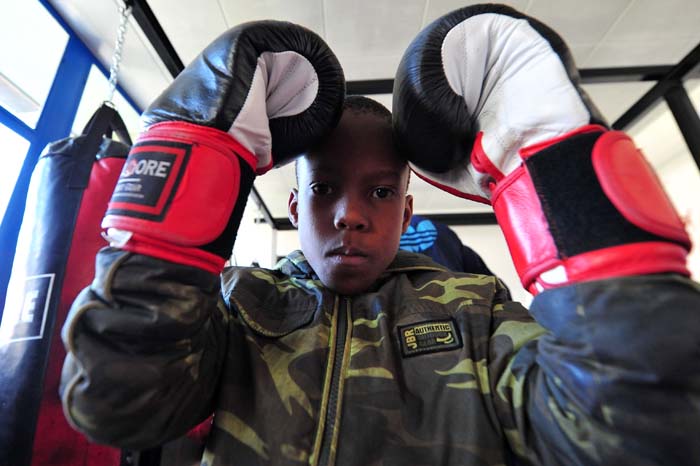 Some of the key tenets of the initiative, part of the Laureus Sport for Good Foundation, include discipline, compassion and self-respect all key elements for success in boxing.

“It’s a positive way of belonging. We’ve instilled that in these kids and it’s just been incredible,” Lamprecht added.

It’s a standing rule in Gilmore’s professional gym that fighting in the street is frowned upon and it’s been transferred to this initiative.

“We tell the kids if they fight in the street they can’t come to the gym. Telling them not to fight is hard because they’ve got to look after themselves in their environment. It’s more about being able to defend themselves instead of causing trouble,” Gilmore said.

Another core part of the programme is the idea that there are consequences to every thing that these children do. Here transgressions are punished not with harsh words but with push-ups.

“They realise that there is a consequence to action. That very rule got the kids going to school early, improving their marks and respecting kids,” Gilmore said. “This is a place to go. Having the right mentor teaching you is very important.”

The project will be officially launched on Monday, the irony of it being Youth Day not lost at all at the Children’s Memorial Institute and will allow some of the talent that has passed through the programme to showcase their skills.