Hamilton becoming a good hunting ground for the men from Ellis Park as they shrug off various off-field disruptions. 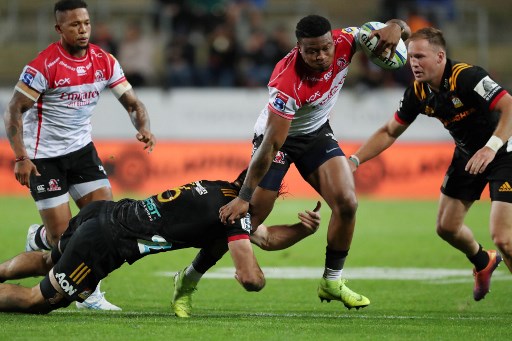 The Lions defied some major odds stacked against them to record a brilliant 23-17 Super Rugby win over the Chiefs in Hamilton on Friday.

Warren Whiteley and his men had to deal with some major setbacks in the build-up to the game after head coach Swys de Bruin had to return home due to personal reasons, while defence coach Joey Mongalo also isn’t present after being found guilty and sentenced for indecent assault in Sydney last year.

But the Lions looked galvanised as they established a 20-0 lead by the hour mark before the substitutions of flank Kwagga Smith and tighthead Carlu Sadie seemed to disrupt their momentum and allowed the Chiefs to stage a late flurry.

A 79th minute drop goal by Elton Jantjies who started at inside centre, though sealed the win following some late robust defence..

Sadie was absolutely superb, producing a powerful scrumming display where he earned four scrum penalties in the first half alone, while he powered his way over the line for his team’s opening try five minute before the break from a ruck. He also pulled his weight in making vital tackles.