Sharks want to be rowdy guests in the Waratahs’ new home

The Durbanites will be part of Super Rugby's first game at the new, intimate Bankwest Stadium. 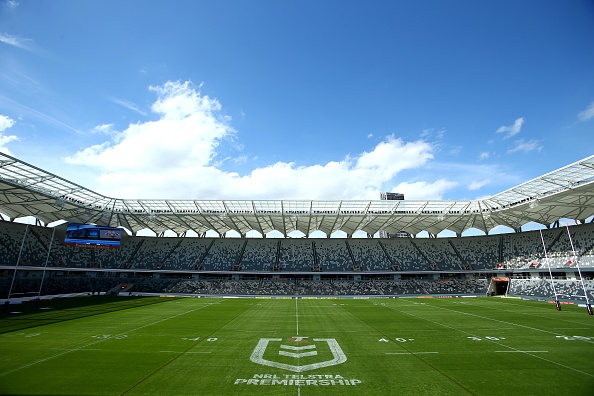 A general view of Bankwest Stadium ahead of the round 6 NRL match between the Parramatta Eels and Wests Tigers at Bankwest Stadium on April 22, 2019 in Sydney, Australia. (Photo by Matt Blyth/Getty Images)

There’s no better team than the Sharks to illustrate how little homeground advantage means in this year’s Super Rugby campaign.

Robert du Preez’s troops have committed the cardinal sin of losing no less than three of their matches at King’s Park in 2019 though they’ve hardly been the only team to do so.

The South African teams overall have been poor in making their homes fortresses.

Ironically, the Durbanites will be banking on that trend continuing when they commence their tour of Australasia against the Waratahs on Saturday.

This fixture is notable for the fact that it will be the first Super Rugby game to be played at the new Bankwest Stadium in Parramatta, a Sydney suburb.

The Waratahs’ move to the stadium is another confirmation that the tournament isn’t commanding huge sell-out crowds anymore.

In fact, the Bankwest Stadium – much like the ones in New Zealand – prides itself on being more intimate than other venues.

Its capacity is only 30 000 “bringing fans closer to the action than ever before in Australia” through “the steepest grandstands in Australia”.

Loyal Waratahs fans will indeed chuckle ruefully at the fact that once upon a time their franchise still played in stadiums with 82 000 capacity.

Having only opened its doors officially two weeks ago, the home side haven’t had a lot of time to familiarise themselves with their new environment.

And that’s how the Sharks aim to pounce.

“We travelled to Parramatta yesterday to have our captain’s run there,” Du Preez said from Sydney.

“It looks like a magnificent venue. We’re definitely looking forward to being pioneers for Super Rugby at the stadium.”

Yet even though the Sharks will feel they’re on the same page (to a large extent at least) in terms of the playing environment, they won’t solely be banking on that factor in getting their season back on track.

Results, first and foremost, must be based on a willingness to improve.

“The boys are really keen to rectify the last two losses we’ve had,” said Du Preez.

“it’s certainly another good challenge for us.”