Leadership won’t be a cliche for the Bulls in Dunedin

It is, in fact, their recipe for winning. 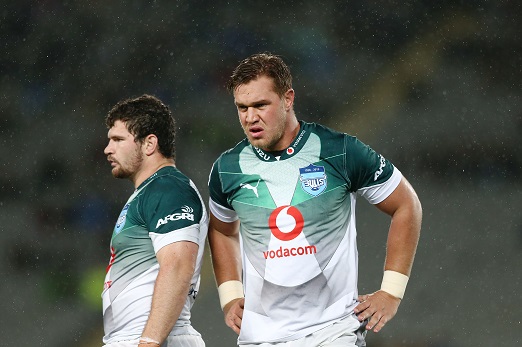 Hanro Liebenberg of the Bulls looks on during the round 16 Super Rugby match between the Blues and the Bulls at Eden Park on May 31, 2019 in Auckland, New Zealand. (Photo by Anthony Au-Yeung/Getty Images)

The terms “experience” and “leadership” might be bandied around too willingly in professional sport, but the Bulls make no secret of the fact that it’s the single most important factor in them claiming a rare away win over the Highlanders this morning.

Handre Pollard being flown all the way to Dunedin just two weeks after he returned home with a minor calf injury is the most obvious example.

Yet coach Pote Human has been unapologetic about the need for his inspirational Springbok flyhalf and stand-in captain to be present.

Interestingly though, it’s also the case when it comes to the loose trio, where he’s decided to switch Marco van Staden, a specialist opensider, into the vacated No 8 jersey when it would’ve made more sense to select Hanro Liebenberg.

The 23-year-old is, after all, less of a stranger to the position than Van Staden.

“Continuity is very important in a competition like this,” said Human.

“Hanro’s played some really good rugby this season as a blinside flank. He’s one of the captains of the forward group and Marco has played 8 for us previously.”

Given the seesawing form of the Bulls this season, avoiding another low after the relative high of a draw against the Blues last week becomes a priority.

Leadership helps in that regard.

Tactically, Human picking both Van Staden and Ruan Steenkamp also makes sense in terms of what the men from Loftus are aiming to do, which is speeding up the game.

After all, in the closed Forstyh-Barr Stadium, conditions should be ideal.

“They’re two fetchers. I think they could make the Highlanders’ lives difficult in tandem,” said Human.

“I’ve asked the boys to go out and score tries this week, because, frankly, we won’t beat our opponents by being conservative.”