Yet a report suggests that Robert du Preez is fiddling with excuses while his coaching structure burns. 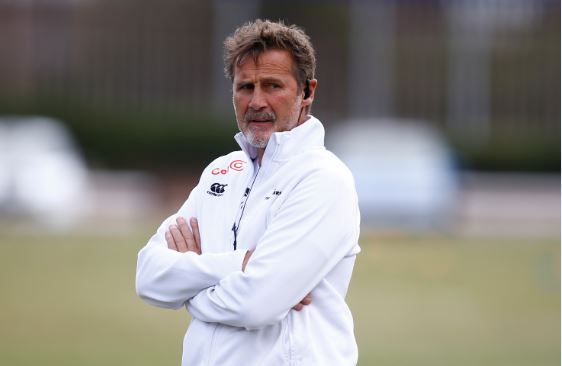 Sharks coach Robert du Preez used his side’s last-gasp 12-9 victory over the Stormers at Newlands on Saturday as ammunition for what he calls unfair criticism on his charges.

Du Preez has been under immense pressure the past few weeks as questionable selections and allegations of team disunity takes its toll.

He had been asked by media after the game whether this win had saved him his job.

“There is no doubt this team is committed. All the terrible press that this side and management team got over the last month or however long is a complete joke.”

However, according to Rapport, the Sharks’ senior coaching structure is in ruins with no less than three assistants having called it quits due to differences with Du Preez.

Defence and kicking coach Braam van Straaten is off to the Southern Kings, while backs and skills coach Ricardo Loubscher is joining former Bok coach Heyneke Meyer at Stade Francais in Paris.

Loubscher had been backs coach at the national side during Meyer’s tenure.

The report further states that both Van Straaten and Loubscher hadn’t travelled with the team on different occasions due to clashes with Du Preez.

A Sharks spokesperson refuted an allegation of a player revolt, saying that Du Preez “is in constant communication with senior players” and that there’s a “marked difference between robust debate and a mutiny”.

Du Preez has a contract at the franchise till the end of 2020.