Limpopo transport MEC Dickson Masemola said the department would work round the clock in an effort to curb escalating road carnage in Limpopo. 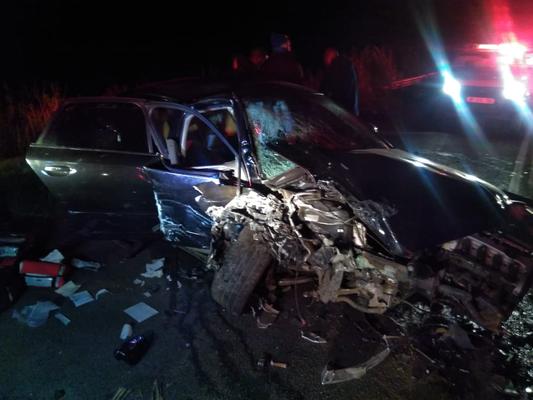 Picture is for illustrative purposes only. PHOTO: ER24 Paramedics

The decision to swap transport in favour of a taxi that played better music, proved to be tragically ill-fated for 24 youngsters who died in a horrific accident last Sunday.

They were returning home from the June 16 commemoration at Sekgosese, outside Modjadjiskloof in the Greater Letaba municipality, and The Citizen learned of the events leading up to their deaths during yesterday’s memorial service.

“They came in a different taxi. But after the commemoration, they braved the cold winter weather and went for a skinny dip at the Maphalle swimming pool,” said a taxi driver, who asked not to be named, at the service in Ga-Rapitsi.

“The problem started when they decided to go home. Most of them decided to change a taxi in which they came to another taxi. The taxi they came in had music but lacked va-va-voom. The sound was not as powerful.

“Then there was another taxi, coming from the same area. The difference is that the taxi was fitted with a top-of-the-range system which produced heavy sound,” said the source.

Limpopo police spokesperson Moatshe Ngoepe said police were investigating a case of culpable homicide. Additional charges could still be added, pending the outcome of the investigation.

Speaking at the memorial service, Limpopo transport executive committee member (MEC) Dickson Masemola said the department would work round the clock in an effort to curb the escalating road carnage in the province.

He said his department was going to make sure traffic police were visible on Limpopo roads 24/7.

“Next week we are launching Operation Tshwara Tsotsi. The operation [will] make sure those driving without valid driver’s licences, those without permits, those driving under the influence of alcohol, those driving unroadworthy vehicles and those speeding goes straight to jail,” he said.

Masemola said the death of the children was a huge pain to the families, the community, the province and the country at large.

He said 45 people had died on Limpopo roads last weekend, including the Maphalle 24.

A bus and an overloaded minibus taxi collided head-on on the R81 near Maphalle village, Mopani.

Earlier that day, six people were burnt beyond recognition after two vehicles collided and burst into flames near Dingamazi village.

Last Saturday, two people were killed and around 80 others were injured in a collision involving a bus, a bakkie and an SUV on the R71 between Letsitele and Gravelotte.

Government is to take responsibility of all funeral arrangements and there will be a mass funeral for the Maphalle 24.