An apology letter from Sole's supposed accuser paints a picture of supposed fabrication and regret. 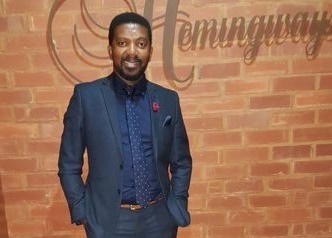 A social media user with Twitter username @TinahMahiloane – who now claims she was the woman who accused Country Duty’s Tumi Sole of raping her and infecting her with HIV earlier this month in a Durban hotel room – appears to have apologised for the “false accusations”.

The allegations emerged on the @HelpSurvivors2 Twitter account as part of the #AmINext movement, which aimed at exposing sexual assault offenders.

“Met in Durban. He was there on business. I liked him yes. He invited me to his hotel room. Had drinks. Forced himself on me. I kept saying no. He was so rough with me. He eventually managed to penetrate me. Now im [sic] taking ARVs cause of a selfish self absorbed man. I want him to trend until his wife sees this. And I wish for the same to happen to his children. Mr Country Duty yamasimba [sic],” read the accusation.

At the time, Sole said he would pursue the matter legally.

I’m aware of the tweets making the rounds & in reference to me & #CountryDuty. I am pursuing the matter through legal channels.

Herewith a letter from my attorneys below.

Not going to entertain this further. pic.twitter.com/fuXmtDa4aH

Now the accuser has shared a two-page apology to Sole, revealing that the accusations were supposedly all false.

Part of the apology reads: “After receiving a letter from Mr Tumi Sole’s attorneys on or about 3 September 2019, I initially denied that I was the one that posted the false and defamatory allegations. I have now realised the pain that has been caused by my false defamatory accusations and I have decided to be honest and face the consequences of my actions.

“In this regard, this letter serves as my official admission that I was the one that posted the false and defamatory allegations on @HelpSurvivors2, and I would like to take this opportunity to profusely apologise to Mr Tumi Sole, his entire family, #CountryDuty, the directors of #CountryDuty and the members and supporters of #CountryDuty for the pain and suffering that I have caused everyone.”

The authenticity of the admission has not been confirmed, and Tumi Sole himself had not yet referenced it on social media or responded to it at the time of publication.