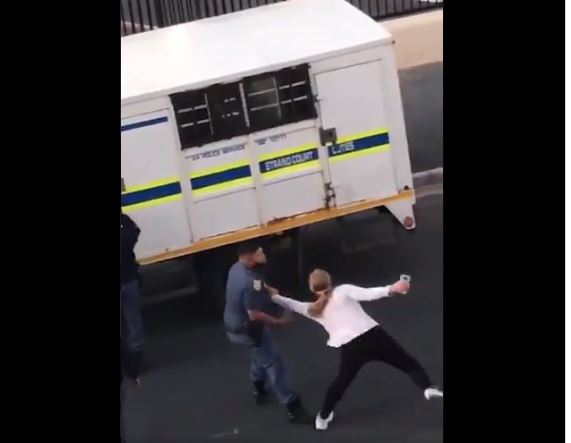 The Western Cape provincial commissioner Lieutenant General Yolisa Matakata has ordered an investigation into the conduct of police officers captured in a video effecting an arrest of a woman in Strand, Cape Town, on Friday morning.

In the video widely shared on social media, the police officer is seen confronting a woman who appears to be confused or unclear on what she did wrong as a police van arrives with more officers who then proceed to arrest her.

RECEIVED from a member of public, who wishes to remain anonymous:

Location: Melkbaai Road, Strand, east of Cape Town.@SAPoliceService formally requested to advise on the arrest and charges. To follow when received. pic.twitter.com/YYgXrqRM8Z

Matakata said in a statement: “Preliminary findings indicate that after being taken to Strand police station, the woman in question was released as detectives could find no basis for her being charged.

“As the investigation into the conduct of these police officials progresses, police members are cautioned about regard for the rights of other persons.”

Matakata said a senior provincial police officer was in charge of the investigation and once the matter had been probed, the outcome would be made public.

She reminded police members that their conduct was overseen by internal organisation prescripts that prohibited “unbecoming” conduct, especially when interacting with members of the public.