'Her spirit joins Tata Madiba and Mama Winnie in a reunion of leaders to whom we owe our freedom,' the president said. 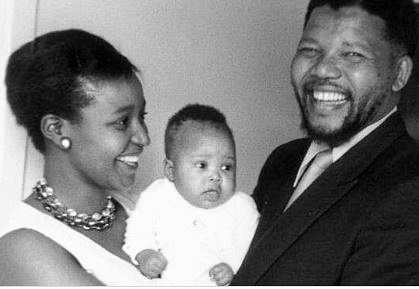 President Cyril Ramaphosa has described Zindzi Mandela as a “fearless political activist who was a leader in her own right”.

“Zindzi Mandela was a household name nationally and internationally, who during our years of struggle, brought home the inhumanity of the apartheid system and the unshakeable resolve of our fight for freedom. After our liberation, she became an icon of the task we began of transforming our society and stepping into spaces and opportunities that had been denied to generations of South Africans.

“Her spirit joins Tata Madiba and Mama Winnie in a reunion of leaders to whom we owe our freedom.”

Zindzi Mandela, who was South Africa’s ambassador to Denmark from 2015, died in the early hours of Monday morning in a Johannesburg hospital. She was 59.

Minister of International Relations and Cooperation Naledi Pandor earlier said her department was still gathering information on the ambassador’s death.

According to the Presidency, Mandela – who was raised in Soweto and educated in SA and Swaziland – spent many years involved in the struggle against apartheid and “embraced roles in the arts, philanthropy and business”.

She served as the deputy president of the Soweto Youth Congress, was a member of the Release Mandela Campaign and was an underground operative of Umkhonto we Sizwe.

The Desmond and Leah Tutu Legacy Foundation in a statement said Winnie Mandela and her daughters Zindzi and Zenani “played a critical role symbolising the humanity and steadfastness of the anti-apartheid struggle” for the 27 years that Mandela was imprisoned.

Zindzi, the younger of the Mandela daughters, was regarded by many as a “child of the nation”.

“She accompanied her mother into banishment at Brandfort, and visited her father on Robben Island from the age of 16. In 1985, with South Africa in the depths of a brutally enforced State of Emergency, Zindzi’s speech in Soweto, on behalf of her father, rejecting PW Botha’s offer of a conditional release, reinvigorated the values and principles of the struggle.

“Her loss will be felt by all South Africans.”

Johannesburg mayor Geoffrey Makhubo said the then 25-year-old Mandela “made history” in Soweto in 1985 when she read her father’s famous refusal to accept PW Botha’s offer of a conditional release.

“Your legacy will remain for future South Africans to recognise your contribution to the country’s freedom. The role you played alongside your parents in the liberation of this country shall not be forgotten, as you bear the scars of the fight of freedom,” he said in a statement.

“Her activism and resistance to apartheid landed her in jail. Just like her parents, Zindzi also dedicated her life to the cause of the people…

“Despite so much violation to your inalienable rights at the hands of the apartheid regime, the City of Johannesburg is indebted to you for your fearlessness and bravery.”

ANC spokesperson Pule Mabe said the party was still gathering information on Mandela’s death, but was giving the family privacy at this stage.

Mabe told eNCA the party had conveyed its condolences to the Madikizela and Mandela families.

He said the party would work with the families to keep the public updated about funeral arrangements.

“Sis’ Zindzi was outspoken – she expressed her views without fear or favour. That is the character of cadres we want in the African National Congress. People who will be able to express their own views, make it known when they are unhappy about certain things that they see or that they perceive the party to be doing. So we do not pick up grudges out of those. Actually, it is those kinds of sentiments that work towards making our party much better. Imagine this, if the ANC did not have comrades of Zindzi’s stature who would be able to express their views in that way, what would happen?”