For Ban Animal Trading, the zoo’s rehabilitation plans contribute nothing to conservation in the area, but the owners say they want to provide education opportunities at their facility, which will be 'research-based'. 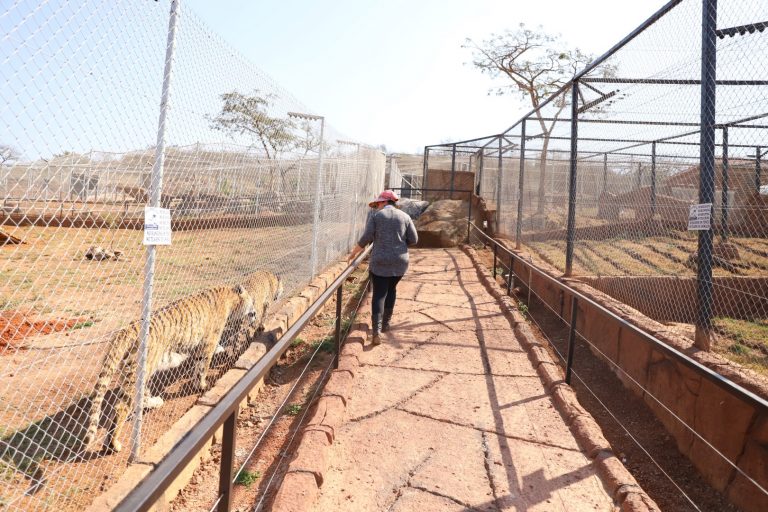 The proposal to build a zoo in Mpumalanga has been in the pipeline since the end of 2018, and was approved on 3 July this year.

This would be Mpumalanga’s first zoo, located on the outskirts of Mbombela, and has received its fair share of backlash on social media. The most common argument for those who oppose the zoo is the fact that the Kruger National Park (KNP) is practically on the doorstep of the zoo.

The property is owned by Hennie and Melanie Maritz, owners of Pumbaa Wildlife Park. Their attorney, Mandla Macbeth Ncongwane, told The Citizen that the backlash received by the public is mainly due to people not understanding the importance of the zoo’s presence in the region for local residents.

“The creation of the zoo gives us an important perspective, which will be beneficial to society. It’s education and it’s experiential, and it’s going to be research-based. The University of Mpumalanga has sent a letter of intent to conduct research at the facility, and practical work will be done by students. It’s also a biological bank,” Ncongwane explained.

At the same time, he said the zoo would create jobs, and allow people who live in the region that have not been able to visit the KNP the opportunity to see both local and exotic animals.

“There is a lady who is 95 years old who stays 15km from the KNP. But she’s never been there. That’s how difficult it is.

“People ask, ‘why build a zoo?’ The same question could be asked of why there is an aquarium in Durban. Those creating backlash are privileged. The working class want to see the zoo because it’s difficult for a person who is a general worker to go to the Kruger Park.”

“The Kruger National Park is less than an hour’s drive out of Mbombela. Seeing animals in the wild, and participating in the programmes offered by SANParks is how children should learn about animals.

“Zoos are not in any shape or form education, neither do they contribute to conservation.”

Louw said the country was not in need of another zoo, and that the millions spent on building the facility could have been used to start a foundation that “will assist in providing true education opportunities for underprivileged children”.

The zoo was alleged to have introduced game on the property without a permit, before their application was fully processed by the Mpumalanga Tourism and Parks Agency (MTPA), Lowvelder reported this week.

Ncongwane quelled these allegations, saying most animals came to the facility during lockdown, and weren’t allowed to be moved around. The zoo’s operating license stipulates that no breeding or trading may take place.

But for Louw, there “appears to be much secrecy surrounding this zoo, the permits, where the animals came from, etc.”

She said the MTPA has not issued final permits to the facility, and that investigations were still ongoing “to scrutinise the arrival of animals at the zoo without the necessary permits in place.”

“People have a right to echo fears of abuse. But they must not be malicious. They say it’s about the money. There is financial interest, but we want to make sure the environment is sustainable,” Ncongwane argued.

Ncongwane said there are zoos that abuse the system, but that “not everybody can be painted with the same brush”, and that they welcome the inspections and audits to be conducted by the MTPA.

The zoo is currently 80% complete. It has cost between R7 million and R9 million so far to construct, and will have an on-site restaurant and accommodation facilities. Ncongwane said this was because many animals only come out of their enclosures at night, and guests staying overnight will have an opportunity to see them.

Ncongwane said there were plans to have buses transport visitors to the zoo, so that there are no cars inside the facility to spook the animals.

Lowvelder, which has visited the facility, reported that there are currently more than 100 animals at the zoo, including lions, leopards, Bengal and Siberian tigers, pumas and jaguars, an ocelot, caracals, servals, Polecats, eagles, falcons and buck. Bears, a honey badger and more bird species are joining the facility soon.

Ncongwane said the animals at the zoo are bought from breeders, and were raised in captivity. He said there is a strong push for rehabilitation, and that enclosures are much larger when compared to the Pretoria and Johannesburg zoos.

He argued that these animals would have died in the wild, as they have no killer instinct, but at the zoo, they can live out their lives in enclosures as closely simulated to nature as possible. For BAT, it is simply not possible to simulate an animal’s natural habitat in a cage.

Louw said that buying animals from captive breeding facilities perpetuates the cycle where animals “are only worthy when there is a financial benefit.”

“There is so much research showing that animals, like humans, are individuals, that they have social lives, emotions and that they feel pain.

“We are deliberately ignoring this, because by acknowledging it, people would have to find other ways to make money, other ways to enjoy nature without hunting animals, other ways of educating the next generation, and it would also mean a complete change in their lifestyle.”

“Animals have not been free for centuries. The animals are in cages and enclosures, but the KNP is also an enclosure,” Ncongwane argued.

Lowvelder reported that the premises is 1,275 hectares.

During a media tour last week, Melanie Maritz told attendees that many of the animals on the premises arrived in a terrible state.

BAT believes the owners “want to soften the blow of building steel cages for wild animals by pretending to have rescued them”.

Louw explained that the best option for rescued animals is to send them to a sanctuary, and to contribute financially to their upkeep.

“Rescue is not buying animals from captive breeding facilities and putting them in cages so people can gawk at them.”

Ncongwane challenged animal rights groups to visit the facility, instead of “unleashing this hogwash into the public – it’s unfair”.

He said they have refused invitations to visit the facility, but that another trip for media will be arranged to tour the facility again soon.

The facility, for Louw, is reminiscent of zoos in China, where they are but a small part in a lavish setup with hotels, golf courses and Ferris wheels.

BAT is worried because zoos were added “as a second thought” in these cases.

“Captivity is seldom ethical, unless it is part of a rehabilitation process. Animals in zoos may sometimes be safe, although this is not a given.

“We should be focussing our attention and money on providing protected areas for wild animals. They can only live out their lives in a dignified manner in the habitat where they belong, and not in a cage.”

In terms of fears that animals may be overbred, Ncongwane said all animals at the facility are in the process of being sterilised, something questioned by Louw, who asked: “How on earth is this ethical, and how does this help conservation?”

For Ncongwane, the zoo represents an opportunity for local residents, many of whom live a stone’s throw away from the KNP, to get a chance to see animals they may never be able to.

But for BAT, the zoo’s rehabilitation plans contribute nothing to conservation in the area, and that the facility simply perpetuates the cycle of teaching future generations that animals live in cages and are there for entertainment purposes.

There are strong indications that this multi-faceted debate is far from over.