Proteas bowlers aim to pile on the pressure against Pakistan – Nortje

Despite losing the opening match, the paceman hopes South Africa's bowling attack can take some momentum into the second Test against Pakistan. 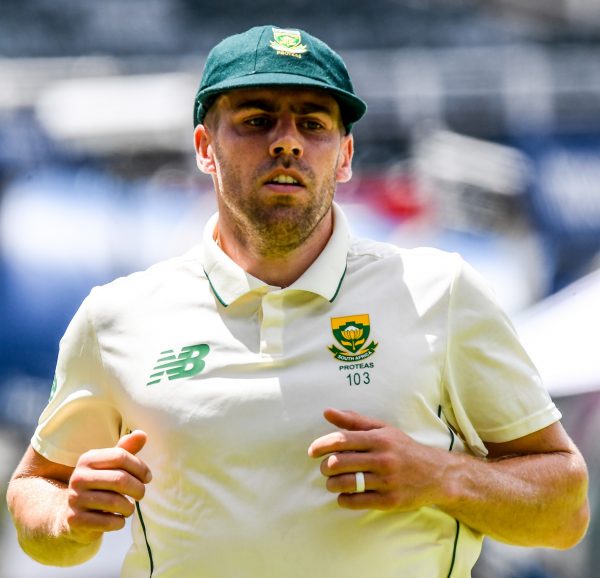 Patience and building pressure were the key lessons South Africa’s bowlers took out of their loss in the first Test against Pakistan, paceman Anrich Nortje said on Tuesday, as the Proteas prepared for the second Test starting in Rawalpindi on Thursday.

The Proteas fast bowlers certainly had their moments in the first Test, reducing Pakistan to 27 for four in their first innings, and it took an outstanding century by Fawad Alam for the home side to turn the tide.

South Africa were probing, without much luck, on the second morning before erring tactically with the second new ball late in the day and then lacking intensity and accuracy on the third morning.

“We learned quite a lot from the first Test. The pitches are low and slow, and there’s not a lot of bounce, but there is some spin,” Nortje said.

“Patience was very key and in stages we bowled really well, but at other times we were a bit off the mark, myself included. Kagiso Rabada bowled really well throughout and his economy rate (2.59 and 2.63) showed that.

“We mustn’t go searching for wickets. Instead, we need to be trying to build a lot of pressure.”

Impatience was also one of the ills of the Proteas batsmen in the opening match – who treated their innings as rentals rather than trying to take permanent occupancy of the crease – and Nortje said the tourists would be better for their chastening experience in Karachi.

“It opened our eyes a bit to the important areas when we gave the game away. But the mood in the camp hasn’t changed. If anything, we actually have more energy and positivity,” he said.

“There are no outside disturbances here. It’s more relaxed and we are outside more and the weather is really nice. The hottest it’s been is 18⁰.

“We know more now about what to expect from the Pakistan team and the conditions, and hopefully we can use that experience. We’re keen to get started again now.”