Our six months or so with the Blue Oval's thunderised Ranger proved painless. 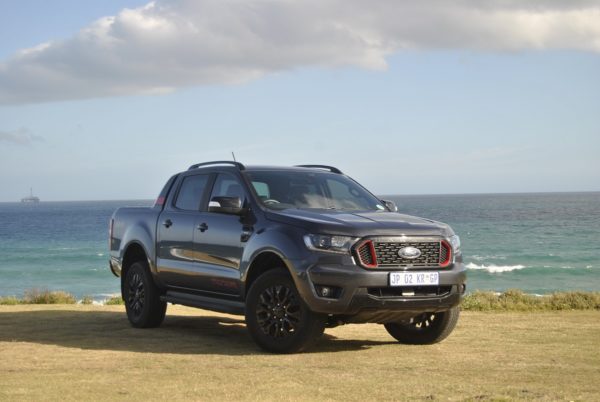 Towards the end of last month, we had to bid farewell after nearly six months to our fifth team member, our Ford Ranger Thunder long-termer. 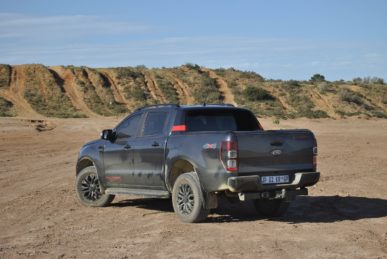 On the planes of the “Makgadikgadi” outside Uitenhage

Entrusted to us not long after making its debut last year, our Sea Grey Thunder covered over 10 000 km during its stay from taking editor Jaco van der Merwe to Sun City not long after arriving, to whisking digital reporter Charl Bosch to the coast and back… twice. 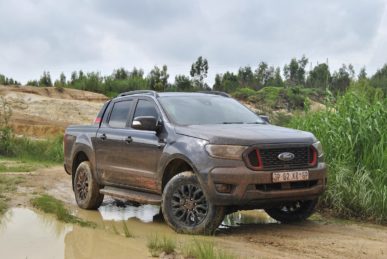 A mud bath was more fun than challenging

Not missing a beat during its stay, our Thunder was let loose off-road a couple of times as well, including being part of a discovery that questioned whether the Makgadikgadi Pans were indeed located in Botswana and not outside Uitenhage in the Eastern Cape.

The sternest test our Thunder had to face though was against its arch rival, the Toyota Hilux in our road test shootout. You can read the findings of Road Test Editor Mark Jones here. 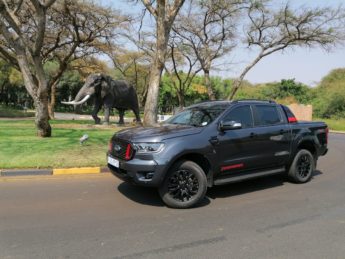 Posing outside the gates of Sun City

Perhaps the most surprising aspect was the Thunder’s economy on the first of Charl’s jaunts to the coast. The trek down to the Struandale Engine Plant in Port Elizabeth where the Thunder’s 157kW/500Nm 2.0-litre bi-turbodiesel heart is made netted a best indicated figure, for the trip and not overall, of 5.9 L/100 km, an incredible feat for a 2.2-ton double cab 4×4 bakkie. The leather clad interior proved comfortable and with more than enough features and safety tech.

It was also during the second trip down to the coast over the festive season, and in fact during the daily commute, that the impact of the Thunder became apparent. 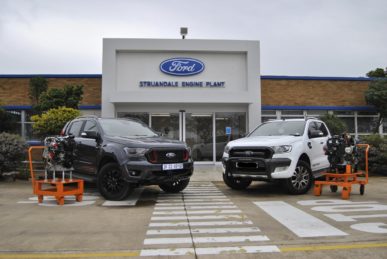 While essentially an aesthetically enhanced version of the Wildtrak, its popularity after being on the market for a short time came as a surprise and only reinforced the believe that South Africans are willing to fork out more for special edition models in order to be different from the status quo. 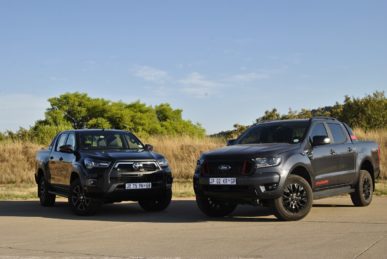 Cheek-to-cheek with its rival, the Toyota Hilux

In the end, the Thunder served us well and shortly after its required 15 000 km service, which also proved painless and efficient, its return to the Blue Oval was announced after what had been months of now issues or hassle regardless of what we threw at it.