Private electricity firms step in to save South Africans

Mines, for example, which generate their own power for operations, may also feed into the national grid. 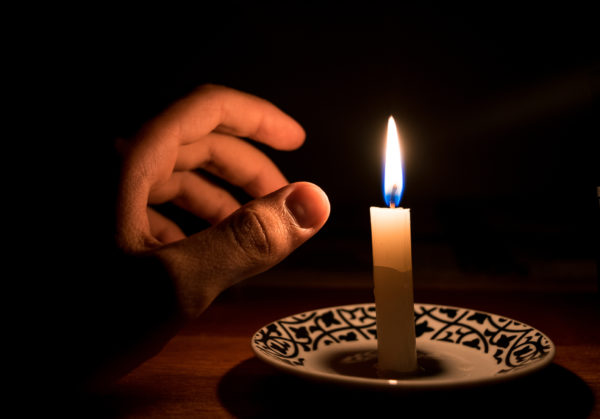 President Cyril Ramaphosa wants to switch on the light at the end of SA’s dark electricity tunnel… but it won’t be powered by Eskom.

In the government’s most frank admission that its biggest state-owned enterprise is a catastrophe, Ramaphosa announced on Thursday that private electricity suppliers would be allowed to put in place “embedded” generation options for up to 100MW of power each.

That means that mines, for example, which generate their own power for operations, may also feed into the national grid.

ALSO READ: Load shedding: How to hack it on a budget

The relaxation of licensing conditions by the National Electricity Regulator of SA (Nersa) from the current level of just 1MW, will provide a financial incentive to private small-scale power producers but, most importantly, may significantly reduce the demand on Eskom’s system and reduce the need for load shedding.

Political analyst Daniel Silke noted on Twitter that when one’s back “was against the wall and the lights go out endangering an entire economy, the damaging ideology of over-centralising electricity production in Eskom had to be ditched”.

He said: “You have to welcome the significant relaxation of IPP [independent power producers] constraints from Pres Ramaphosa today [Thursday].

“You also have to wonder why it took a deep crisis amid great suffering and warnings for years to adjust this policy.”

However, that was probably of little solace to an increasingly angry country.

From level 2 to level 4, to level 2 to level 3 on Thursday and then maybe back to level 2 again today (Thursday) … people in South Africa have been left spinning as Eskom has continued to lurch from breakdown to breakdown – even at the Eskom R234 billion Medupi flagship coal-fired power station.

Asked why Eskom’s load shedding levels fluctuated and were not fixed until maintenance was completed, the utility’s spokesperson Sikonathi Mantshantsha said: “That’s because on most times we have sufficient capacity to avoid load shedding and all the machines have to be used while available.

“There always is a certain amount of capacity placed on planned maintenance and Eskom always plans this maintenance toleave sufficient capacity to keep the lights fully on.

“But these attempts get defeated by breakdowns in those machines that are running – which, if you have too many breakdowns, leads to load shedding.

“When the demand increases – as it has over the past three weeks due to the cold weather – you are then forced to increase load shedding to cope.”

Unconvinced about Eskom’s justification for the rolling blackouts, energy analyst Ted Blom said poor management and lack of planning were at the core of the energy glitch.

“If the Eskom CEO [André de Ruyter] delivered on his promise to the public, we would have been steaming ahead,” he said.

“The fact is that Eskom cannot list one single power station that has been successfully overhauled – in line with the utility’s reliability philosophy and backed with an [original equipment manufacturer] warranty.”

Blom said all the power stations should have been “in mint condition, if there was zero corruption and competence” at Eskom.

“Forty years for a power station is not old. There are still 747 Jumbo jets flying around at over 40 years and Hercules C130s still flying at over 70 years,” he said.

“There are plenty of plans, but zero implementation, with gross negligence in the execution of Medupi, Kusile and Ingula pointing to Eskom’s lack of competent staff. Eskom has dropped from being a world-class utility to the bottom of the pack – led by a useless and rudderless management.”

'Political opportunism': Inside the Kelvin and Steenbras power stations propaganda
16 hours ago
16 hours ago

'Political opportunism': Inside the Kelvin and Steenbras power stations propaganda
16 hours ago
16 hours ago