A draft policy position gazette on the conservation and sustainable use of lions, elephant, leopard and rhino is out for public comment. 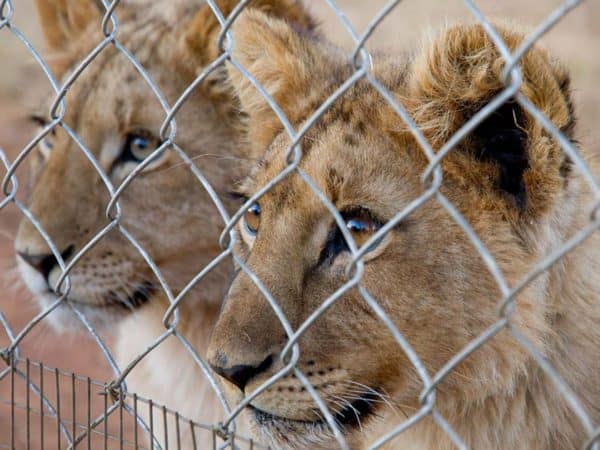 Following the Department of Forestry, Fisheries and the Environment’s (DFFE’s) announcement in May that commercial captive lion breeding would no longer be allowed, an encouraging draft policy has been released.

DFFE Minister Barbara Creecy took the momentous step on 2 May to outlaw captive lion breeding, keeping lions in captivity and halting the commercial use of lions or their derivatives.

The decision was made after drawn out discussions by a high-level panel. Recommendations were proposed after 62.5% of the panel agreed the practice was cruel and should be outlawed.

The panel concluded in May that captive lion breeding harms the sustainability of wild lion populations and conservation efforts, and also impacts negatively on the country’s ecotourism ventures.

Welfare standards for lions and workers

The minimum standards for the welfare of captive-bred lions, as well as their handlers, will now be developed by the department, the panel agreed.

Policies will now also be put in place to prohibit the lion bone trade, which fuels pseudo-pharmaceutical and aphrodisiac industries in south east Asia.

A moratorium on issuing permits for hunting captive-bred lions will also be instituted immediately.

Permit conditions to breed lions will also be changed and force captive-bred lion owners to sterilise their remaining lions to prevent breeding.

No new captivity permits will be issued either.

In a statement in May it urged Creecy and the DFFE to “be cognizant” of possible ;oopholes “that could be utilised by the commercial captive lion breeding industry in continuing the various spin-off activities”.

The sheer scale of trade and breeding of captive lions in South Africa is still not fully known, but at the last count more than 12,000 lions were caught in the industry’s death trap.

This juxtaposed with just more than 3,000 wild lions left in the wild and proved a disturbing statistic for conservationists.

The DFFE has since released a draft policy position gazette on the conservation and sustainable use of lions, also of elephant, leopard and rhino.

It is open for public comment over the next 30 days, ending on 27 July.

Blood Lions said in a recent statement the draft policy position “provides a solid foundation for South Arica to move away from exploitative wildlife practices”.

“Significantly, it acknowledges we have a social and moral responsibility to act humanely, prevent suffering and ensure quality of life for those animals involved in the wildlife sector and suggests adopting the One Welfare approach.

“These are hugely positive first steps in shifting towards a more ethical and responsible South Africa.”