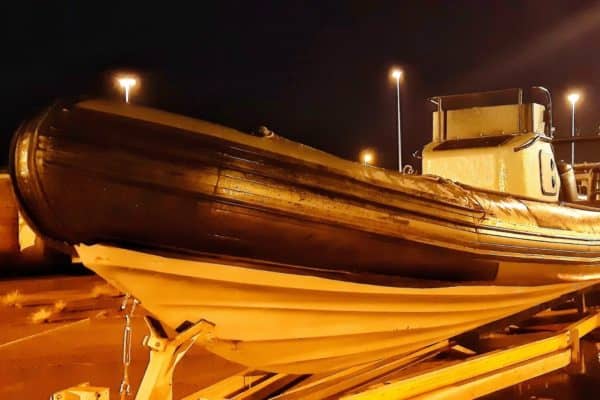 According to a statement by the police, on Tuesday evening, law enforcement started with random vessel patrols in the bay and around Robben Island during a dark moon and calm sea conditions.

At around 2:00, a vessel was detected close to Robben Island. It was pursued and brought to a halt.

“Upon closer investigation, it was found that the vessel was carrying persons in diving gear who were in possession of bags of abalone on-board the vessel,” police spokesperson Captain FC van Wyk said in a statement.

“The suspects were arrested and taken to Cape Town harbour for processing. A total of eight males from Hawston and Hout Bay, aged between 25 and 32, were arrested.”

The suspects are expected to appear in the Cape Town Magistrate’s Court on charges relating to the Living Marine Resources Act, National Environmental Management: Protection Areas Act, and for being in contravention of Disaster Management Act regulations.