The N3 at Mooi River remains closed while clean-up operations are underway. 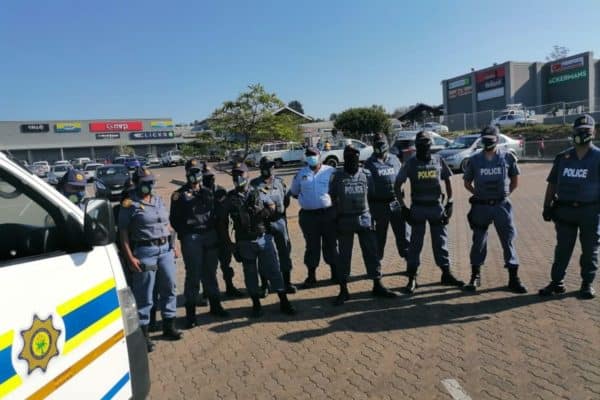 Following the spate of protests in KwaZulu-Natal (KZN), authorities intensified deployment on Saturday and heightened visibility in response to incidents of public violence that erupted after Jacob Zuma’s incarceration.

Protest action was also reported in the East Rand in Gauteng on Saturday, while officials in other provinces are on high alert “amid continued threats of widespread violence”.

In light of some citizens posting threats and enticement to violence on social media platforms, the South African Police Service (Saps) issued a stern warning to criminals “to refrain from these acts of enticements”.

Authorities arrested 27 suspects who have been charged with public violence, business burglary, malicious damage to property, and contravention of the Disaster Management Act’s lockdown regulations.

At the time of publishing, the N3 at Mooi River remains closed while clean-up operations are underway. North- and southbound traffic are being diverted and motorists are advised to prepare for slow-moving traffic and delays.

While authorities said it couldn’t be confirmed if the protest action is linked to Jacob Zuma’s case, some protesters at the scene told reporters they are angry over Zuma’s arrest.

President Cyril Ramaphosa commended the Saps for their efforts to quell violence and endorsed the call by KwaZulu-Natal Premier Sihle Zikalala for calm in the province.

He said police and local authorities have joined efforts to remove torched trucks, debris and burning tyres used by protesters to barricade roads.

In addition, police officers have been deployed to major routes and hotspots across the provinces. Naicker confirms the “deployments will remain in place to ensure stability and prevent the further eruption of possible violence”.