Bavuma leads from the front as Proteas sweep T20 series 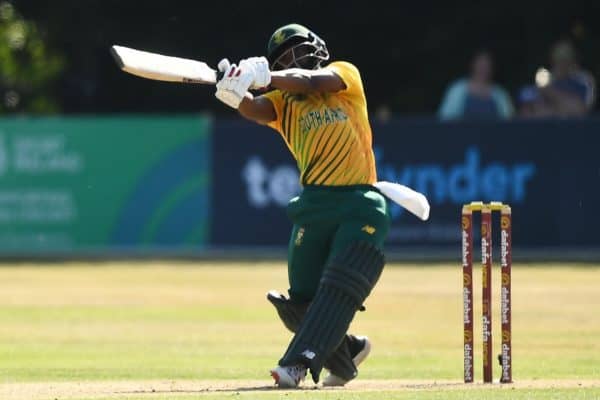 24 July 2021; Temba Bavuma of South Africa during the Men's T20 International match between Ireland and South Africa at Stormont in Belfast. Photo by David Fitzgerald/Sportsfile

South Africa captain Temba Bavuma and Reeza Hendricks starred as the Proteas overpowered Ireland in the third and final T20 international at Stormont on Saturday to seal a 3-0 series win.

The pair’s first-wicket partnership of 127 set up a 49-run victory.

Bavuma made 72 from 51 balls with six fours and two sixes, while Hendricks added 69 from 48.

David Miller chipped in with an unbeaten 36 as South Africa posted 189-2 from their 20 overs.

It was a total that was too much for Ireland, who finished on 140-9.