Lebogang Maile said the hostel, and many others in the area, were not in good condition. 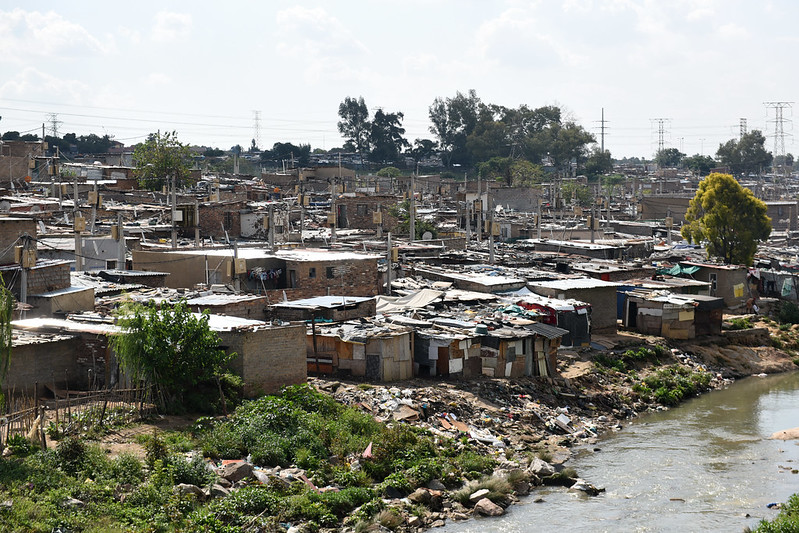 The Gauteng government handed out sanitiser at a densely populated women’s hostel in Alexandra on Wednesday in a bid to minimise the spread of Covid-19.

Human settlements, urban planning and Cogta MEC Lebogang Maile told the media outside the hostel on Wednesday: “I am sure you would have seen that the virus is escalating and we have got serious problems in our province. The numbers are increasing and we have vowed to intensify our efforts as the Gauteng provincial government.”

Maile said the hostel, and many others in the area, were not in good condition.

“Our people are living in squalor and we want to attend to this,” he added.

As a result, each home would receive 500ml of sanitiser.

In addition, a team of decontaminators had been deployed to focus on the area around the hostel.

Economic development, environment and agriculture MEC Morakane Mosupyoe told the media on Wednesday: “Going forward, we are going to go through Alexandra, especially where people are congested, and we are going to provide them with sanitisers throughout the 21 days to make sure that people are protected and educated on how to look after themselves.”

News24 earlier reported that an Alexandra resident had tested positive for the deadly virus that originated from Wuhan, China.

The positive patient contracted it from their employer. He also disregarded an instruction and travelled to Limpopo prior to the 21-day lockdown.

He has since been placed under quarantine at a health facility in Limpopo.

The Gauteng department of health identified nine people who were currently under quarantine after being in close contact with the confirmed case.

On Tuesday, health MEC Bandile Masuku led a mass testing operation in the township. The outcome of this operation is not yet known.

As of Tuesday, the country had 1,353 confirmed cases of Covid-19. This was an increase of 46 from the previously reported cases.

Gauteng still remains the province with the highest number of confirmed cases, at 633.

The 21-day lockdown is expected to continue until 16 April.