Soldiers arrested both political leaders in the capital late Tuesday afternoon after launching a mutiny and seizing control of the Kati base earlier in the day. 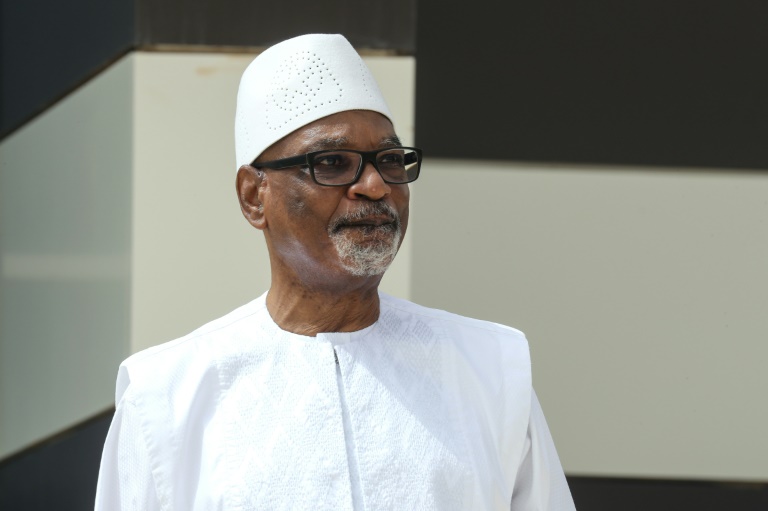 Mali’s President Ibrahim Boubacar Keita and Prime Minister Boubou Cisse are both being held by rebel soldiers, a senior government official confirmed to AFP on Tuesday.

“The prime minister and the president were driven by rebel soldiers to Kati in armoured vehicles,” said Boubou Doucoure, who works as Cisse’s director of communications.

He added that both men were now at Kati, a town near the capital Bamako which hosts an important military base.

Soldiers arrested both political leaders in the capital late Tuesday afternoon after launching a mutiny and seizing control of the Kati base earlier in the day.

Gunfire heard at army base outside Mali capital

Gunfire broke out at a key army base near Mali’s capital Bamako on Tuesday, witnesses and a security official said, triggering fears of a mutiny in the crisis-stricken Sahel state.

Details of the events were sketchy, but the sources said the soldiers fired their guns into the air at a base in Kati, a town some 15 kilometres (nine miles) from Bamako.

An officer at the camp told AFP that the gunfire was an act of “rebellion” and many soldiers were unhappy with Mali’s political situation.

“We want change,” the officer said.

“There were lots of them and they were very nervous,” a doctor in Kati told AFP, referring to the soldiers.

A 2012 putsch that opened the way to Keita’s presidency began in the Kati base, and the accounts of gunfire sparked fears of another coup attempt in the fragile country.

The embassy of France, the former colonial power, recommended on social media on Tuesday that everyone remain at home.

But an official at Mali’s ministry of defence told AFP that no “mutiny” was underway, adding however that the government was following the situation closely.

A Western diplomat in Bamako, who declined to named, described the events as “an attempt at mutiny”.

Mali has been in the grip of a deep political impasse since June, as Keita has faced an increasingly strident protest movement demanding his resignation.

So called after the date of its first protest, the June 5 Movement has been channeling deep anger over a dire economy, perceived government corruption and a brutal jihadist conflict.

Its anti-Keita campaign veered into crisis last month when at least 11 people were killed during clashes with security forces, over three days of unrest following a protest.

The group has since rejected attempts at mediation with the 75-year-old president and vowed to continue staging rallies against him.

On Monday, it declared it would stage daily protests that would culminate in a mass rally in Bamako on Friday.

Demonstrations would kick off on Tuesday with an “awareness-raising caravan” of thousands of vehicles criss-crossing the city, although it was unclear whether this would still go ahead.

The opposition has repeatedly spurned proposals to end Mali’s crisis floated by international mediators and instead demanded Keita’s departure.

The 15-nation West Africa bloc ECOWAS on July 27 unsuccessfully suggested the formation of a unity government while sticking by Keita.

Mali’s allies and neighbours are anxious to avoid the country sliding into chaos.

Swathes of its territory are already outside of the control of the government, which is struggling to contain a jihadist insurgency which first emerged in 2012 and has claimed thousands of lives.

The failure to end that conflict contributed to frustrations with Keita’s rule in Mali.

Tensions were also revived in April, when the government held a long-delayed parliamentary election whose results are still disputed.