Former public protector Thuli Madonsela has called on NGOs to help out with food and water at the SA border with Zimbabwe. 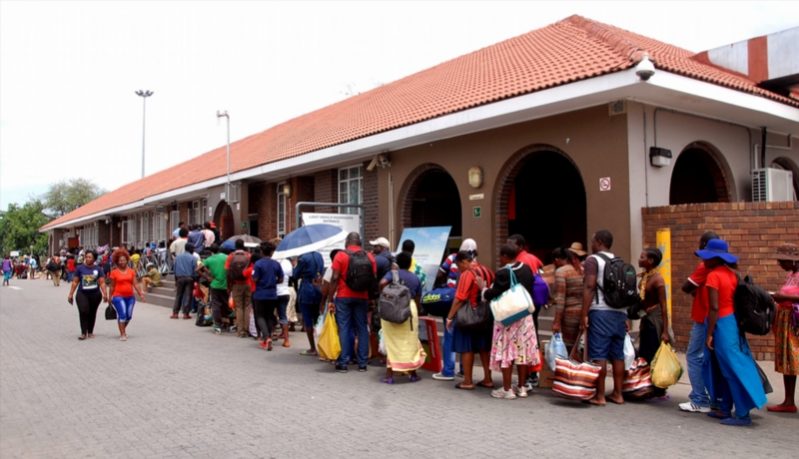 A Zimbabwean national died after collapsing at the Beitbridge border post in Limpopo on Tuesday.

According to eNCA, the bus she was on had been in transit since Monday.

Those who were in the bus with her said she complained of fatigue and dizziness and asked passengers to pray for her. She died as she was receiving medical attention.

The driver of the bus told eNCA: “She came in front of the bus and said she’s feeling dizzy because it was a bit hot inside the bus. She said she wanted to go out of the bus where there is fresh air. When she was about to step down, she collapsed.

“Me and another lady helped her and we gave her water. We also poured water on her so she could feel refreshed. As time went by, it was like she was feeling better. She then got outside the bus. When she got back, she couldn’t go inside the bus. She sat outside for fresh air. Then other ladies got off the bus and started praying for her and pouring water on her. But as time went by she just lost consciousness.”

Pictures and videos of traffic congestion spanning 15km at the border post have been circulating on social media, with people questioning if any Covid-19 regulations were being followed and calling on the South African and Zimbabwean governments to attend to the matter.

Former public protector Thuli Madonsela said: “We’ve just heard that this boarder to Zimbabwe matter has become a humanitarian emergency. @ThumaFoundation source says three people have died. No water, no food for people and small children that have been in the queue since Sunday and earlier.”

These are some of the reactions on social media:

@DrZweliMkhize Good afternoon Minister. Beitbridge border post is a potential disaster. Please may you liaise with your fellow ministers of home affairs and transport. Thank you

This bad so bad this undermining human rights #Beitbridge

Guys, will people be mandatorily quarantined when they come back to our country after festive? We could have a disastrous start to 2021#beitbridge

Check this out. This is the Beitbridge border post, the gateway to many African countries. Massive queues as cars and trucks Traffic backed up for as far as 12km between Musina and the border post. Some travellers had been in the queue for over 3 days #BeitBridge pic.twitter.com/P3sayqyMaF

The news report of a humanitarian crisis #Beitbridge is concerning. I hope the relevant departments take urgent preventative measures.