More than 50 SA citizens in Mozambique accounted for, says govt

The SANDF continues to provide logistical support to the SA High Commission in Maputo regarding consular services and repatriation, government said. 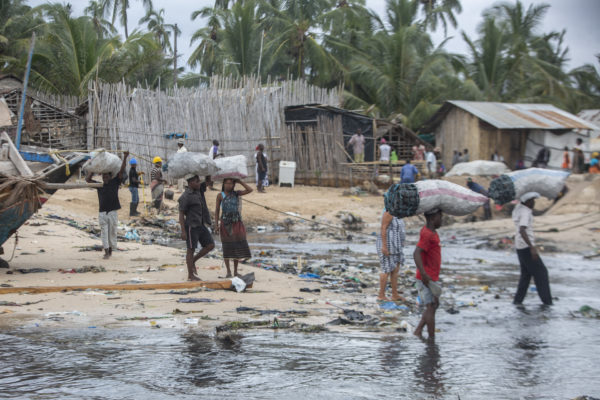 Picture File: People carry bags of carbon on the shores of the Paquitequete neighborhood where sailing boats are expected to arrive with people displaced from the coasts of Palma and Afungi after suffering attacks by armed groups on March 30, 2021. (Photo by Alfredo Zuniga / AFP)

More than 50 South Africans who were reported missing in northern Mozambique following last week’s deadly jihadist attack have been accounted for, the Ministry of Defence and Military Veterans said on Saturday.

This after President Cyril Ramaphosa on Good Friday said the South African National Defence Force (SANDF) had sent its troops to Mozambique to repatriate stranded citizens in Cabo Delgado province after militants launched a brutal insurgency in the town of Palma.

This resulted in the death of dozens of people, including South African national Adrian Nel.

The spokesperson for the Ministry of Defence and Military Veterans, Siphiwe Dlamini, said government was concerned about the security situation at Cabo Delgado and remained seized with the safety of South Africans in that province.

Dlamini confirmed that on 30 March 2021, the South African Air force repatriated Nel’s body together with his family.

He said the SANDF continued to provide logistical support to the SA High Commission in Maputo regarding consular services, including repatriation.

“This is the extent of the engagement of the South African National Defence Force in Mozambique.”

Masisi is the chairperson of the SADC organ on politics, defence and security.

“The meeting provides an important platform for regional engagement on measures to be taken to resolve in the security challenges confronting the Republic of Mozambique. South Africa as a member of SADC, will participate in the meeting with a view to assist in the development of a solution that will secure peace and continued development in Mozambique,” Dlamini said.

The department also reiterated government’s full support for all attempts by SADC and the African Union (AU) that seek to silence the guns and realise peace and stability on the continent, including in Southern Africa.

READ NEXT: Thousands of survivors arrive in Pemba by boat