The stakes couldn’t be higher. 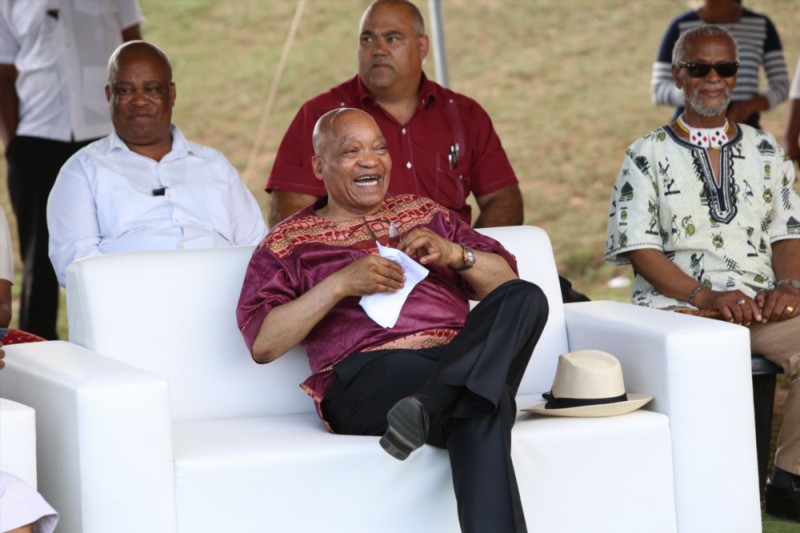 President Jacob Zuma enjoys the annual traditional dance festival at the sports field next to his home in Nkandla on 1 January 2016. Picture: Gallo Images

South Africa has reached a crisis point in its political history that’s been looming on the horizon for more than a year. In the dark of night – literally – President Jacob Zuma demonstrated his ruthlessness by firing finance minister, Pravin Gordhan, amid a 20-person reshuffle of his government.

The magnitude of what has happened shouldn’t be underestimated. The Save South Africa campaign, echoing the sentiments of the country’s progressive-minded constitutionalists, described Gordhan’s dismissal as “an outrage”.

There are two major concerns. The first is the impact on the economy, the second is a political and democratic one.

It’s not hyperbolic to suggest that what happens next – in the coming hours and days – will determine whether South Africa’s hard-won democracy will survive or whether it will join the club of post-colonial calamities that have scarred the continent’s past. The stakes couldn’t be higher.

Threat to the economy

In the last few months South Africa’s economy had begun to show the very first signs of strengthening. Gordhan, in fact, had just embarked on an investor roadshow to further encourage much-needed investment when, on Monday, Zuma ordered him to return.

Zuma has been waging a cold war against his finance minister for over a year, causing uncertainty and undermining attempts to convince markets and rating agencies alike that South Africa’s government was doing all it could to shake the country out of the economic rut into which it has fallen since the global economic crisis almost ten years ago.

Gordhan and his team of public servants at National Treasury stood between Zuma and his cronies’ most nefarious and venal plans – such as a nuclear deal with Russia. As South Africa’s former Public Protector (ombudsman) described in her seminal report, “State of Capture”, the Gupta family and other rent-seeking opportunists have been exploiting Zuma and his family’s weakness and taking control of important institutions and agencies of the state, such as the tax authority (SARS), the national prosecuting authority (NPA) and state energy utility, Eskom.

Gordhan has heroically withstood the intimidation and held the line. The rand has already plunged on news of his removal. Market sentiment will collapse. And there’s a high likelihood that perhaps as early as next week, rating agency Moody’s will downgrade South Africa to junk status. This will, in turn, increase the cost of government borrowing and set in motion a sequence of economic events that will cause great harm to the poorest and most vulnerable members of society.

Gordhan’s removal is an act of democratic disregard and political as well as economic recklessness. While the two main opposition parties, the Democratic Alliance and the Economic Freedom Fighters, both reacted by tabling motions of no confidence in the national assembly, the focus will now be on how the social democratic and left-leaning members of cabinet – the “constitutionalists” – will respond to last night’s events.

They will be under pressure to resign in solidarity with Gordhan, but they will also be anxious about vacating the space to the nationalist populists who now hold a big majority in government.

But this is no longer about ideology. It’s as several senior ANC insiders have described to me in recent days as being about “the corrupt versus the non-corrupt”.

That there will be a fight back against Zuma’s reckless decision is beyond doubt. One of the fired ministers wrote to a friend late last night: “we will get the bastard”. But to “get Zuma” they will have to show the same ruthlessness and courage, and they will have to act decisively and fast.

All eyes will be on deputy president, Cyril Ramaphosa, one of two contenders to succeed Zuma at the ANC’s five-yearly national elective conference in December this year.

When Zuma told the ANC’s top six leadership of his decision to remove Gordhan earlier this week, Ramaphosa and Secretary General Gwede Mantashe objected. They rejected out of hand the “evidence” that Zuma put before them – a self-evidently fake piece of intelligence that Zuma claimed showed that Gordhan was in London to persuade investment banks to help him topple Zuma.

As Gordhan flew through the night on Monday, events intervened: ANC stalwart and liberation hero, Ahmed Kathrada, passed away. Zuma was compelled to press the pause button on his reshuffle plans. At Kathrada’s funeral on Wednesday, many of the ANC’s top leadership gathered to hear former president Kgalema Motlanthe read out the letter from Kathrada that called for Zuma to resign.

When Gordhan was acknowledged, the mourners rose as one in support: a powerful, as well as emotional moment. Zuma was conspicuous by his absence: it had been made clear to him by Kathrada family that he was not welcome.

Is South Africa’s democracy under threat?

The ANC has never been more painfully divided, to the point where it’s very future is threatened. It could split. It may not maintain its majority at the next national election in 2019. All bets are off.

And, in the long run, this may not be a bad thing. As every hour has passed since Zuma won the ANC’s presidency in December 2007, it has declined as a progressive, stabilising force for good amid the turbulent, violent precariousness and social incohesion of South Africa’s noisy democracy.

Is that democracy now under threat? This is the biggest question now, which cannot be ignored.

Is South Africa sleepwalking towards the door marked “dictatorship”? Repeatedly, the analyst community has underestimated Zuma. Repeatedly, he’s fought back ruthlessly. He doesn’t conform to the “usual rules” or the same political calculations. He cares only about his interests and those of his sponsors and of a band of ‘comprador’ nationalists.

Zuma plunged his knife into Gordhan’s back with ruthlessness but also cowardice: he didn’t even have the decency to look his former comrade in the struggle in the eye.

Democratic leaders don’t fire their finance ministers late at night, without even having the grace to contact the person being removed from office or without some kind of press conference. Close to midnight, the presidency published the list of 20 new ministers and deputy ministers, while Zuma slipped away into the dark and onto his presidential jet to Durban.

There have been many other notorious “nights of the long knives”. Now Africa’s biggest economy has its own contribution to offer the annals of political history. Caused by a crisis in political leadership, Zuma’s ruthless display of power could prompt an economic crisis that could easily send South Africa into a Brazil-style downward spiral whose consequences are impossible to predict.