How worried should we be about the ANC’s young ‘veterans’?

Fears are growing that SA under Zuma has embarked down a road which leads to Zimbabwe-style authoritarian kleptocracy. 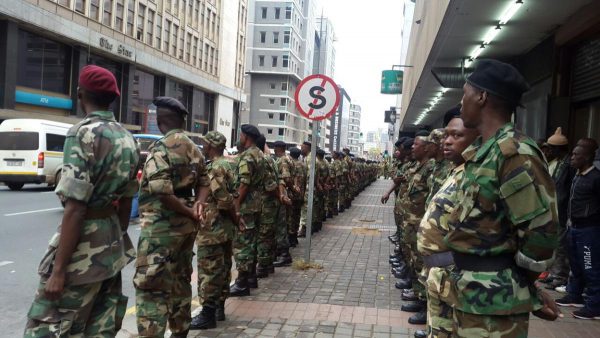 We may look back on the days in April 2017 when tens of thousands of South Africans marched demanding that President Jacob Zuma should fall as the beginning of something bigger.

There’s been a wistful glint in the eyes of ageing activists as they gear up for action again, predicting a return to the 1980s. Many have embraced the idea of the reconstitution of a United Democratic Front-style multi-class, non-racial and popular anti-apartheid alliance of NGOs, community movements and religious groups to “Save South Africa” from the capriciousness and corruption of the Zuma government.

We are told that Friday April 7, the day of the nationwide marches against Zuma, was the day when ordinary people stood up and said to the ANC: “Enough is Enough!” It was followed by another large demonstration of opposition political parties marching on the government’s seat of power in Pretoria, the Union Buildings, on April 12, which was also the president’s 75th birthday.

Yet, while we should in no way underestimate this democratic stirring, we may look back and say that its greater significance was that it was this moment when it became manifest that Zuma’s faction of the ANC would be prepared to resort to violence to entrench its domination.

Signs of intolerance of dissent

Once the first marchers had marched, the ANC government sought to save face by proclaiming the day a triumph for democracy – which, of course, it was. Yet during the build-up to the march, the ANC had filled the air with threats of violence.

The most explicit warning was delivered by the newly installed minister of police, Fikile Mbalula. He did not want another Marikana, he said, but implied the repeat of such an event, when police killed 34 striking miners, if protesters damaged property.

Other ANC officials, notably eThekwini mayor Zandile Gumede, issued not-so-veiled threats against those marching. Others sought to tie up the marchers’ right to march by denying permission; others referred to marchers as “counter-revolutionary”.

The most chilling threat was represented by the MK Veterans’ Association (MKMVA), supposedly former members of the ANC’s armed wing uMkhonto weSizwe (MK). Its press briefing before the marches took place stated that it was “mobilising” its members, who would be “combat ready” to defend Luthuli House, the headquarters of the ANC. It was backed up by statements by the ANC Youth League that it was ready to defend the premises with all the weapons at its disposal.

Given that the opposition Democratic Alliance (DA) had changed its initial plans to march upon Luthuli House, there was little or no need to “defend” the ANC’s headquarters from anyone. Even so, on the day, some 700 MK “veterans” assembled outside Luthuli House.

Dressed in military fatigues, the MK “veterans” explicitly presented themselves as the ANC’s armed wing ready to go into battle to counter the party’s enemies. In the event, they toyi-toyied and demonstrated – and were fortunately denied the opportunity by the police to prove their metal in clashes with the DA or anyone else. Yet the threat of violence was immanent.

The real issue is how MK, as it’s presently constituted, views itself and is viewed by key elements among the ANC’s leadership as a militia ready to be deployed against its political opponents – internal as well as external. How many of those who presented themselves outside Luthuli House were genuinely former MK veterans we do not know. But we can be pretty sure that many, if not most – too young to have fought against apartheid – have been more recent recruits, with no genuine claim to membership.

We also know that under the national leadership of Kebby Maphatsoe, the deputy defence minister, the veterans’ association has been deeply corrupted. Major questions posed about its internal finances are the subject of a court case. It’s been used to intervene violently in party factional battles on behalf of Zuma. Yet it has reserved its main animus for parties of opposition, regularly referred to by Maphatsoe as “the enemy”, “agents provocateurs”, and “counter-revolutionaries”.

It would be a mistake to dismiss all this as harmless political theatre. Rather, it constitutes a very real and present danger. It’s worth recalling that Siphiwe Nyanda, a former leading member of MK who became chief of the South African National Defence Force, has already referred to the veterans under Maphatsoe as a “private army”. If he’s worried, then so should we be. Armed militias aligned to a political party, or a faction within it, have no place in a constitutional democracy.

We have no need to look further than Zimbabwe to recognise the threats to democracy posed by armed militias. Formed in 2000, the National Youth Service was subsequently responsible for the military style training of some 80 000 youths. Many of them went on to join the ruling Zanu-PF’s affiliated militias the “Green Bombers”, which wreaked havoc upon supporters of the opposition Movement for Democratic Change in the 2008 general election.

Subsequently, many were to be incorporated into security structures such as the military, police and prison service. They remain a major reservoir of violent support for Zanu-PF, which doesn’t hesitate to use to intimidate and liquidate its opponents. As we know, Zimbabwean elections have now become a farce.

Following the ousting of Pravin Gordhan as South Africa’s finance minister in the recent cabinet reshuffle , and the downgrade by ratings agencies, fears that South Africa under Zuma has embarked down a road which leads to Zimbabwe-style authoritarian kleptocracy have gained considerable ground. For the moment at least, such fears are probably exaggerated.

Although Zuma may be dominant within ANC structures for now, and although he will probably survive the forthcoming vote of no-confidence in the House of Assembly, his reshuffle has alienated many within the party. It has threatened his ability to secure the party presidency for his former wife, Nkosazana Dlamini-Zuma, at the party’s elective conference in December.

Furthermore, the recent marches may have given backbone to some ANC MPs who fear the electoral consequences of the party continuing to cling to Zuma’s coattails. Yet the more desperate Zuma and his supporters become, the more the risk that they will turn to the MK vets to help them. If, in turn, the Zuma faction was to prove triumphant in the leadership battle, it’s unlikely to hesitate to deploy MK vets (alongside its Youth League) against opponents during the lead-up to the 2019 election. 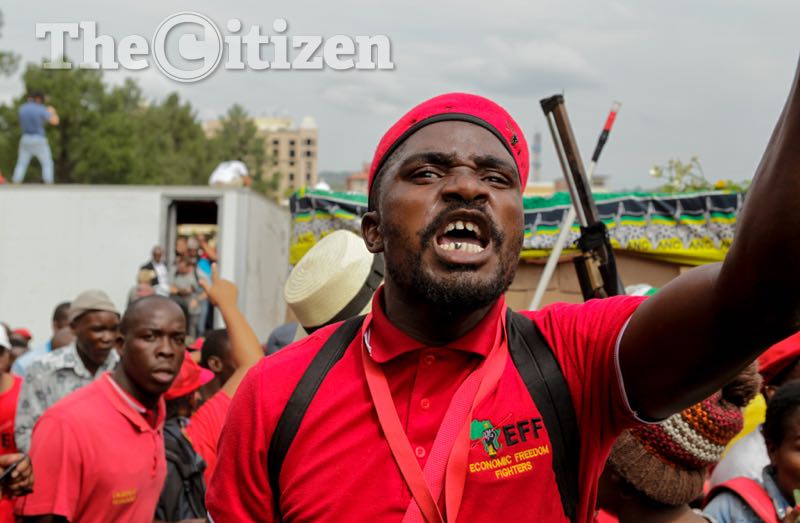 An EFF member gestures angrily towards the police line during the Day Of Action march – a civil society and opposition party protest to Union Buildings, Pretoria, against the presidency of Jacob Zuma. Picture: Yeshiel Panchia

Although the DA would go running to the courts, the militant Economic Freedom Fighters would be likely to respond to violence in kind, rendering the 2019 election campaign the most violent we will have seen since 1994. We are not there yet, and hopefully we never will be.

But an economy which is about to hit the skids and which offers a massive pool of unemployed youths available for political recruitment, is highly combustible. In such a context, were MKMVA to receive the covert (or not-so-covert) backing of the ANC, the prospect of a Zimbabwean scenario would loom ever larger.

If the white right wing were to reconstitute and parade in public in military uniforms, the ANC and all democrats would be rightly outraged. Equally, there should be no place in our democracy for MKMVA to play the role of soldier: that should be left to the South African National Defence Force.