SA’s two opposing voters and the emergence of ADeC 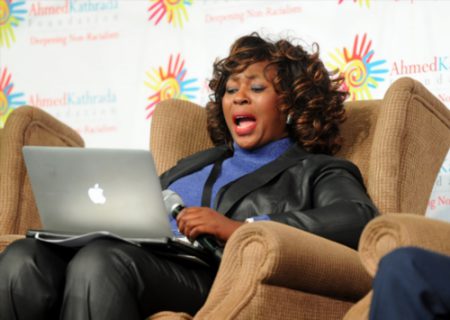 Makhosi Khoza was one of the few brave individuals who remained within the ranks of the ruling party before she was hounded out. She had become what the ruling party likes to refer to as a loose cannon. And so she left and decided to form her own political party.

Despite the efforts of many South Africans to convince all and sundry that voting is a simple choice between a failing ruling party and an opposition which is everything the ruling party is not, a significant portion of South Africans still find it hard to cross the divide from a ruling party that has failed them for two decades to a new political home.

This is the voter any new political party must capture. And many have failed at this.

Their reasons for failing are numerous – but there is one telling one: the wealth divide. A voter in the upper class of the wealth divide is prepared to take to the streets to protest against e-tolls and rampant misrule, that voter is prepared to take to the streets supporting a #ZumaMustGo initiative because frankly, the president is the face of all that is wrong with South Africa at the moment.

A vote in the lower class of the wealth divide has other worries. They worry about a corrupt head of state just as much as the first voter but their priorities are not the same as those of the first voter.

The voter in the lower class wakes up worried about whether they will have enough water that day; whether the electricity on their meter will see them to the end of the week or their next payday.

This voter worries about the weather, because extreme rainy conditions mean that water will be flooding their house whose structure they haven’t managed to maintain for years because of lack of money.

This voter will take to the streets to support any service delivery protest. #ZumaMustGo protest means missing a day at work and less wages, so although they support the cause they will not be on the streets.

Change, Khoza’s new party, can only have an effect if it can get these two voters to find common ground. This is something that Cope, Agang and a whole host of other smaller political parties have failed to do. They cannot get the wealthier voter to come out in support of the causes of the voter who is on the wrong side of the wealth divide.

And they cannot get that poorer voter to take to the streets against e-tolls. This is the divide that the president and his keepers have always counted on to shield them from a civil society revolt against their looting ways.

The magic of Nelson Mandela and Desmond Tutu was their ability to get these two voters to realise their futures and fortunes are intertwined; that ultimately, the one needs the other. Any new political party that cannot do that is bound to fail, however well-meaning it is.

Orchids and onions: MTN is on top of their game