It’s women’s month and I thought this would be a perfect time to highlight the fact that our senior national women’s team Banyana Banyana still remain with one sponsor, Sasol, who for years now have been taking care of women’s football in the country. 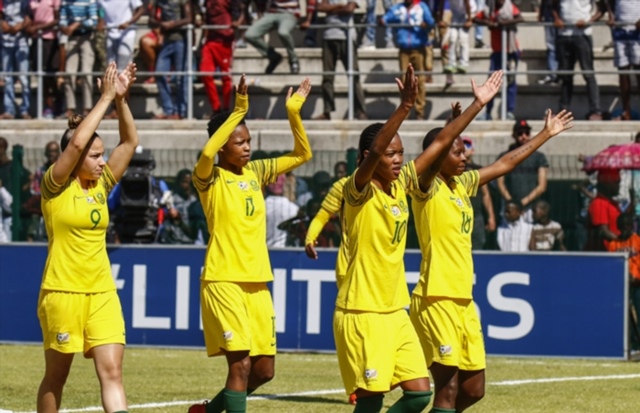 Now, in this month where many like to claim their support for Banyana, I still can’t believe in this day and age women’s football in the country is still struggling in terms of sponsorship, no matter how well they have done in the last few years.
And yes, I’m talking about qualifying for big tournaments – back to back the team has qualified for the Olympics, among the top four in the continent, and this year they played in the Fifa Women’s World Cup for the first time ever. One can only imagine what this team can achieve if they were well taken care of and playing competitive football every week.
What’s more irritating and frustrating about all of this is looking at our Banyana players, who have to juggle jobs and studies while playing football, which they love so much that they tend to risk everything for it.
What more do these ladies have to do to get corporates to put money into them so that more can also take football as a tool that will put bread on the table, not only for them, but their families, as male players do and it will also up the standard of the game in the country.
Yes, Safa has promised a Professional Women’s League, which is anticipated to begin some time towards end of August.
But, the thing is, the same Professional Women’s League doesn’t have a sponsor and Safa, with the help of government, as far as I know, had to make plans to come up with the cash to try and kick-start that league.
For some time now, the the football governing body in the country have stated that they are in talks with possible investors, but to this day, nothing has materialized.
It just puzzles why businesses and corporates are dragging their big wallets when it comes to investing in women’s football.
In doing so, I believe with the talent that we have, Banyana will be able to compete toe to toe with some of the top women national teams in the world.
And I think they have showed that while playing against the likes of the US, Netherlands and Sweden, to mention a few.
The difference between us and those teams is that there is a lot of money invested in their domestic leagues and they play competitive football week in week out and train at least five times a week as professionals.
Meanwhile, many of our players train about three times a week at their respective teams with not so much resources and are expected to work miracles. And they only rely on the Sasol League and Varsity football for competitive matches.
So please, as much as many tend to say they support Banyana, let’s try to get businesses and corporates to sponsor the national senior women’s team and our mostly anticipated Professional Women’s League, so that the ladies’ game can grow.