Mkhwebane appears to be fighting against the law itself

The irony of the current public protector is that her office only exists because of the Constitution, the supreme law. But that does not seem to be what she is being loyal to. 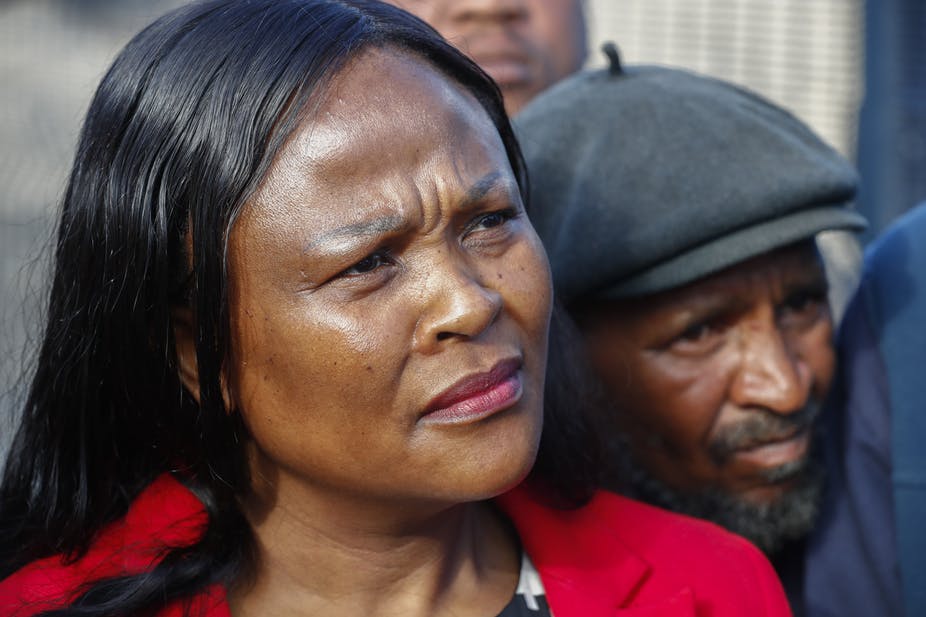 In the book of Esther, the Bible tells a story from the 5th century BCE, when the Jews were in exile in Persia. The Persian king, Ahasuerus, had installed a Jewish woman, Esther, as his queen at the time that one of the king’s ministers started a genocidal programme against the Jews. Esther’s uncle, Mordecai, appealed to her to intervene. She pointed out to him that the law did not allow her to approach the king without invitation, and that the penalty for disobedience of this law was death. But when he insisted, she agreed to risk her life to protect her people.

The book of Esther, Chapter 4, reads thus: ‘And so I will go to the King, which is against the law; and if I perish, I perish!’

Mkhwebane and her supporters have long depicted her as a courageous warrior against corrupt incumbents in powerful positions. So it is not surprising that she drew on her Christian religion to strengthen her claim to be fighting evil.

But Mkhwebane’s choice of role model is intriguing, as Esther’s heroism required her to break the law. Indeed, the quotation from the Bible read out at the press conference makes that point expressly.

It was morally right of Queen Esther to defy the law, as the law itself was brutal and dictatorial. In addition it was, in this case, facilitating genocide. But what law does Mkhwebane intend to break? And why does she consider it heroic to do so? South Africa does not have a king, and it is not unlawful to approach anyone in power.

Indeed, Mkhwebane herself occupies an office which is meant to ensure that power is not abused to the detriment of the poor and the marginalised.

But the Public Protector’s Office became embroiled in political scandals soon after she took office in October 2016. In particular, she has been accused of using her considerable power to benefit a particular political faction; a claim that has now been included in the court papers of one of the many legal challenges to her reports.

The law and the Public Protector

The Office of the Public Protector was created by South Africa’s Constitution.

It is buttressed by a detailed legal framework of constitutional, statutory and common law principles. Together, these principles ensure that the office achieves the very goal she claims to pursue: protecting the poor and marginalised against corruption. They do so by, among other measures, requiring a fair procedure and requiring a “rational connection” between her findings and her decision-making process.

Unless it operates under the law, the Office of the Public Protector becomes an instrument of unconstrained power and can be used to fight factional battles. It can destroy the livelihoods or careers of innocent parties who were not granted hearings. Or, it can protect those who are guilty of corruption by not investigating them properly.

Even without any intention to benefit political factions, a Public Protector operating outside the law will not be effective in creating remedies for those disadvantaged by corruption. Like any public office, therefore, the Public Protector is subject to review by the courts.

South Africa’s courts have in fact overturned a number of her reports. The reasons have varied.

On several occasions, courts have ruled that she had not granted a hearing to implicated parties. In another case a court found against her for excluding relevant factors, such as the evidence of the supposed beneficiaries in a corruption case involving a dairy farm project.

In a separate case she was found to have acted outside of her statutory powers by instructing Parliament to amend the Constitution. And in yet another it was found that she omitted remedies which would have recovered money lost to corruption.

The Public Protector and her supporters claim to be aware of the value of the law. She has frequently claimed merely to be fulfilling her constitutional duty of investigating corruption “without fear or favour”.

One of her biggest supporters, Economic Freedom Fighters (EFF) leader Julius Malema, stated that he merely wants all to be equal before the law. This was his reason for rejecting the High Court’s finding that President Cyril Ramaphosa could delay disciplinary action against Public Enterprises Minister Pravin Gordhan until the Public Protector’s report against Gordhan had been reviewed.

But, if they were seeking compliance with the law, they would argue in terms of the law. They would engage with the courts’ reasoning and produce evidence for their assertions.

Instead, the Public Protector has made unsubstantiated claims of personal victimisation, or simply restated arguments that had already been rejected, with full reasoning, by the court.

Similarly, Mbuyiseni Ndlozi, the EFF’s national spokesperson, ridiculed a judge holding against the party as illiterate and Malema threatened to resort to arms if the courts continue to produce judgments of which he disapproves.

This is the very opposite of upholding the rule of law, not just because it undermines the institution that protects the law and keeps public power within its constraints – the courts – but because it refuses even to reason with law. It speaks another language completely: the rule of persons and not of law, of violence and raw power.

In her argument before the North Gauteng High Court, Advocate Mkhwebane insisted that the President should implement her remedial action immediately because his loyalty should lie with her office and not with one of his ministers.

She seems to have missed the point that both her own, and the President’s, loyalty must lie with the Constitution. She and her supporters will not perish if they are unable or unwilling to serve the Constitution and the law. But they should not be holding offices under it.