Ntsiki Mazwai should spend her time doing the work of letting go of the hatred she harbours for whichever pretty women made her life hell. 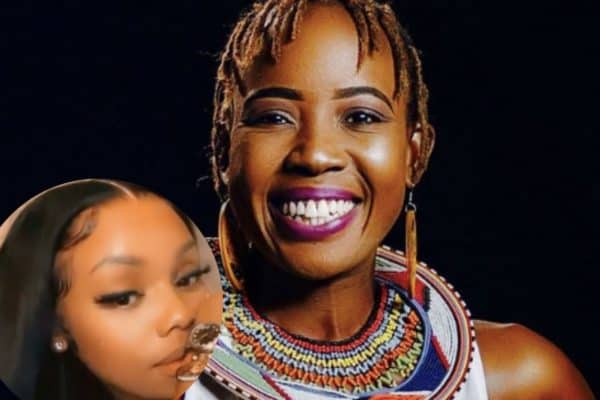 Ntsiki Mazwai recently penned an opinion piece on Bonang's business decisions as they relate to 'the black economy'. Pictures: Instagram

Based on the extensive evidence before me, and in light of her recent opinion piece slating Bonang Matheba’s business decisions, I have come to the conclusion that Ntsiki Mazwai hates conventionally attractive women.

Additionally, this dislike from Mazwai is due to no fault on the part of the women she targets.

If she would take the time out to really think (what she’s doing now is barely a good use of her brainpower and formal education), she would realise that who she really hates is society (the system) and how it has elevated the women she thinks she hates above her, due to social conditioning.

Conditioning that associates being conventionally attractive with being “better”, and therefore more deserving of kindness, support, success and admiration.

Conditioning that allows these women to not only excel because of how society subconsciously relates to them but also overlooks their transgressions – because of the deeply embedded need to like them and gravitate towards them because of how they look.

According to a 2017 study, titled The Brain’s Perception of Beauty, usingMRI technology scientists found that different brain regions became activated when judging beauty in either bone scripts or pictographs.

“When looking at beautiful judgments, areas of perceptual, cognitive, emotional, and reward processing were activated.”

The team behind the study concluded that their findings demonstrate that the brain is not only selective about the type of stimuli it receives but that it also prefers “positive and beautiful” images over “negative and ugly” images.

Essentially, things considered to be beautiful activate “good” feelings in one’s brain. And those feelings are then associated with that which is beautiful.

Even the concepts of what is beautiful and who is attractive are not set in stone. Things that fall within the ambit of these definitions are in constant flux.

If Mazwai sat down and applied her expensive education, she would learn to hate the game and not the players.

The aforementioned names and the countless other women who look like them, and have therefore found themselves on the receiving end of Mazwai’s words and thoughts, are merely cogs in a system that was established eons ago. A system that will continue to operate in the way it does long after they are gone.

She would then see that in her effort to do her part to dismantle the system, she would have to channel her efforts beyond tweeting and blogging.

Unlike Mazwai, I get paid to put pen to paper. And in my small ways, I put ideas out into the world that will hopefully give someone something else to think about.

Based on the content of Mazwai’s messaging, which includes but is not limited to ideas that maintain the prevailing anti-black and anti-women status quo, she wants us to think like her.

To think that people are not intelligent because they were born conventionally attractive.

To think that people who wish to be conventionally attractive lack substance.

To assume that people who dress the way she does and wear their hair in a manner similar to hers are somehow more inclined to be on the right side of the intellectual spectrum.

I could go on but you get the point.

In her column, she tried to hide her hatred for Bonang behind a concern for the economy but at her age, it is high time she realised that her preferred retort of “I’m smart, they’re dumb because they wear weaves” does nothing to disguise the truth of the matter.

At her age, Mazwai should spend her time doing the work of letting go of the hatred she harbours for whichever pretty woman (or women) made her life hell back before she found her voice.

Then maybe she would use the so-called intellect she possesses to spend her time doing more meaningful work with the power that she wields through the attention that she commands.

Her use of dog whistling is impressive. She could really do something amazing if she would just stop hating other women long enough to focus on something else.

At this stage, her entire legacy can be boiled down to a fight against hair extensions, synthetic or otherwise. A fight that she is still losing. Her family funded a Rhodes University education only for her to use it to bash women for their appearance.

READ NEXT: Is Ntsiki Mazwai pregnant?