Brazil: a vision of low-carbon agriculture and environmental conservation

Brazil is the world's third largest agricultural exporter, while using only a fraction of its territory for agriculture and preserving over two thirds of its native vegetation. As we approach COP26 under the growing imperatives of sustainable development and climate action, the international community must make the most of the opportunity to ensure ambitious results in Glasgow and beyond.

As a long-time champion of the environmental agenda and an agrifood powerhouse, Brazil stands ready to provide a positive contribution to collective efforts aimed at keeping global temperature within the limits agreed upon in the Paris Agreement.

Over the last 50 years, Brazil has transformed itself from a net food importer to the world’s third largest agricultural exporter, while using only a fraction of its territory for agriculture and preserving over two thirds of its native vegetation.

In a world under increasing pressure to meet the growing global demand for food in a sustainable way, this success stands as a uniquely singular achievement.

Investments in science, technology and innovation have been at the heart of Brazil’s agricultural green revolution. The adaptation of plant and animal varieties to the tropics has diversified production.

The development of integrated crop-livestock-forest systems, with the rotation of grains, beef and planted forests, have made it possible to produce two, sometimes three harvests a year on the same land. As a result, grain production since the late 1970s increased by more than 420%, while the cultivated area grew by just over 40%.

These advances have brought enormous social, economic and environmental benefits to Brazil. Agriculture is now the most dynamic sector in the Brazilian economy, directly responsible for more than 18 million jobs and about 20% of GDP. The cost of food was halved compared to the 1970s and economic and social development reached the rural interior of the country. The cities that concentrate agricultural activities are among those with the highest human development indices.

In livestock production, results are no less impressive. Over the past 20 years, extraordinary productivity gains have drastically reduced emissions per unit of beef and milk produced, and sustainable intensification techniques now allow for the full offset of remaining emissions, resulting in carbon neutral beef, a product already available on the Brazilian market.

This is the successful trajectory Brazil relies on to build the sustainable agriculture of the future and meet its development and climate goals. Building on this progress will require greater emphasis on international diplomacy, collaboration and partnerships. Only enhanced international co-operation can offer an avenue for ambitious collective action.

In the coming years, the expansion of low carbon agriculture will continue to usher in additional productivity gains. The restoration of degraded pastures, of which there are almost 100 million hectares in Brazil, will enable further production increases while reducing pressure for conversion of new areas into agriculture. Technological innovations such as gene editing, digital agriculture and bio-inputs will pave the way for Brazil to continue growing the supply of healthy, affordable food to the world, in a competitive and sustainable way.

Brazil`s track record in agriculture, however, is only part of the story. As a developing country, we still face a critical challenge: promoting sustainable development in the Amazon biome, an area larger than the European Union that is home to more than 23 million Brazilian citizens, most of which live below the poverty line.

Over recent decades, a historical process of informal territorial occupation coupled with limited economic alternatives has led to the occurrence of illegal mining, land grabbing, and illegal deforestation. Brazil recognizes this reality and is taking steps to address it.

At this year’s Leaders Summit on Climate, President Jair Bolsonaro committed to reaching climate neutrality by 2050 – 10 years sooner that originally intended – and eradicating illegal deforestation by 2030. Since then, the government has redoubled efforts to combat environmental crime and positive numbers have begun to emerge.

Ensuring the protection of public lands, enforcing environmental legislation and concluding the region’s territorial planning are at the core of Brazil’s strategy for the Amazon.

Through its environmental regulations, Brazil imposes considerable restrictions on land use and natural resource exploitation in the Amazon. A vast majority of the biome is presently formally protected either in indigenous territories, environmental conservation areas, or on private lands, where Brazil’s rigorous Forest Code stipulates that 80% of property area must be preserved with native vegetation.

This represents a significant contribution to the world in terms of environmental conservation and climate action. The economic cost of renouncing the use of such resources must be objectively recognised, and sustainable development opportunities must be offered to the region’s inhabitants. Completing negotiations on the Paris Agreement Rulebook will be crucial towards creating such opportunities.

As a large agricultural exporter, Brazil has developed a strong awareness of the role agriculture can play in promoting economic growth, social inclusion, and positive environmental outcomes. But we are also keenly aware of its particular vulnerability to the impacts of climate change and to the risks this poses for global food security.

Through open and transparent dialogue, shared goals can be identified and used as the basis for a new development cycle that will realise the socioeconomic promise of sustainable development while safeguarding environmental wealth for future generations.

A constructive vision, based on scientific evidence, partnership, and respect for national legislation is the surest way to build the sustainable future we want.

I invite all to embrace this vision. Brazil is ready to do its part. 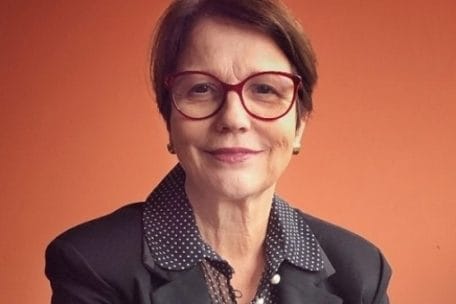 Brazil's economy goes into recession
5 days ago
5 days ago

Brazil's economy goes into recession
5 days ago
5 days ago