Phahlane's claims to have reduced the crime rate were backed by crime expert Johan Burger. 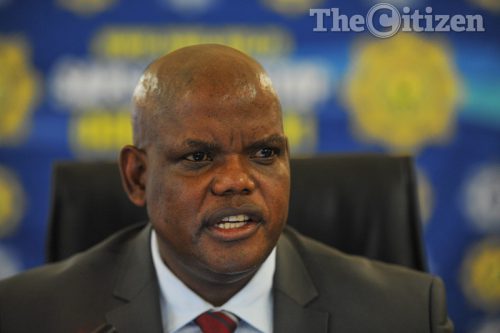 Acting police commissioner Khomotso Phahlane claims he has brought down the crime rate, saying the official crime statistics that will be released later this year would reflect this.

Speaking to The Citizen, Phahlane lamented the flurry of alleged scandals he was embroiled in, saying that while there was evidence he had brought down the crime rate, people were working to unseat him.

“As I say, we have decreased incidents of crime in the past nine months from April 1 to December, 2016, we have reduced crime in all categories and I’m sure by the time we have our annual crime statistics it will show a decrease.”

While it is still months before the latest official stats are released, crime expert at the Institute for Security Studies Johan Burger says there are signs he may be right – “although it’s early days for analysts to say that he had indeed succeeded in bringing the crime rate down”.

“What we did see in the crime stats released in September is that there was a decrease in some categories and in others there were promising signs.

“The rate at which serious crimes had been increasing had slowed down.”

Burger said that festive season crime figures released earlier this month were a good indicator of what to expect.

Police Minister Nathi Nhleko announced this month that 83 479 people were arrested during 705 639 policing operations since October last year. In crimes detected as a result of police work, there was an increase of 8.4%, compared to 2015.

With Cele at the helm, he said, there was a positive impact, but some analysts believed this was because of the high presence of visible police during the 2010 Fifa World Cup.

When Phiyega became commissioner, Burger noted that most of the serious and violent crimes increased substantially and that Phahlane has had to bring the numbers down from a very high ceiling.