Each one of the three passengers had a firearm on them. 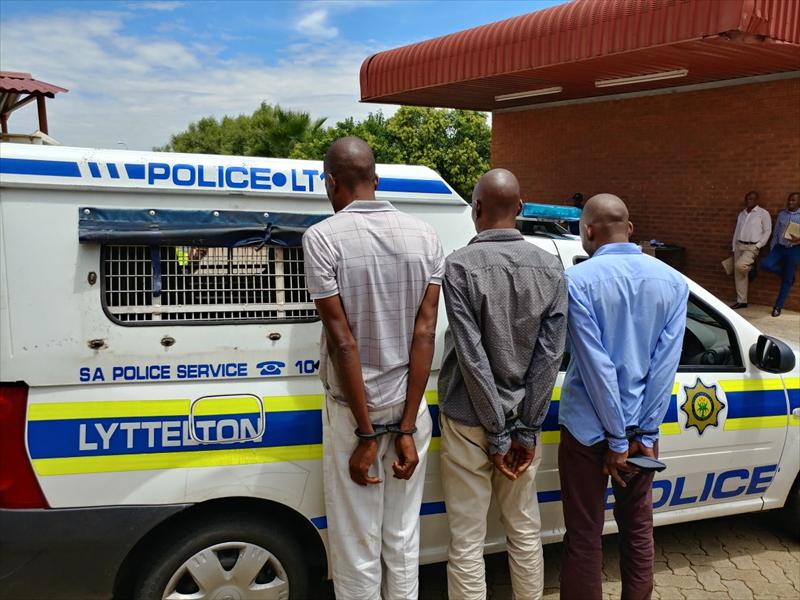 Four men were inside the taxi with a Limpopo licence plate.

Miller said Constables Dukwe and Magoro asked the men to step out of the vehicle.

“Upon searching the men, all three passengers were found in possession of 9mm pistols,” said Miller.

He said one of the guns had its serial number filed off.

Miller said the men would not give a clear indication of where the firearms came from or where they were travelling to with a Limpopo licence plate.

“The officers continued to look for gun documentation, but did not find any so the men were arrested.”

“We have sent all guns to ballistics to determine if they were used in other crimes. We are also trying to establish whether the guns were stolen or not.”

Miller said the driver of the minibus was also arrested, but he would be released if he could not be linked to any of the crimes.

The men were taken to the Lyttelton Police Station and would appear in the Pretoria Magistrates’ Court.