Although heavy rainfall is being welcomed, flooding over the next few days is likely to be hard to handle. 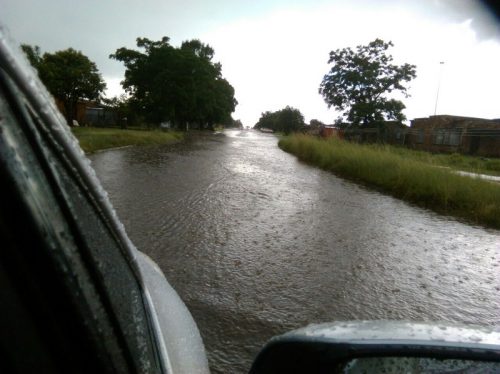 “Some of the areas to be affected by heavy rainfall include Letaba, Skhukhuza and the Lowveld of Mpumalanga from Thursday evening, going into Friday.

“Although the system is expected to start dying out from Friday, the wet conditions are expected to persist on Friday in Mpumalanga as well as northern Limpopo going towards Soutpansberg and into the weekend,” Thema said. 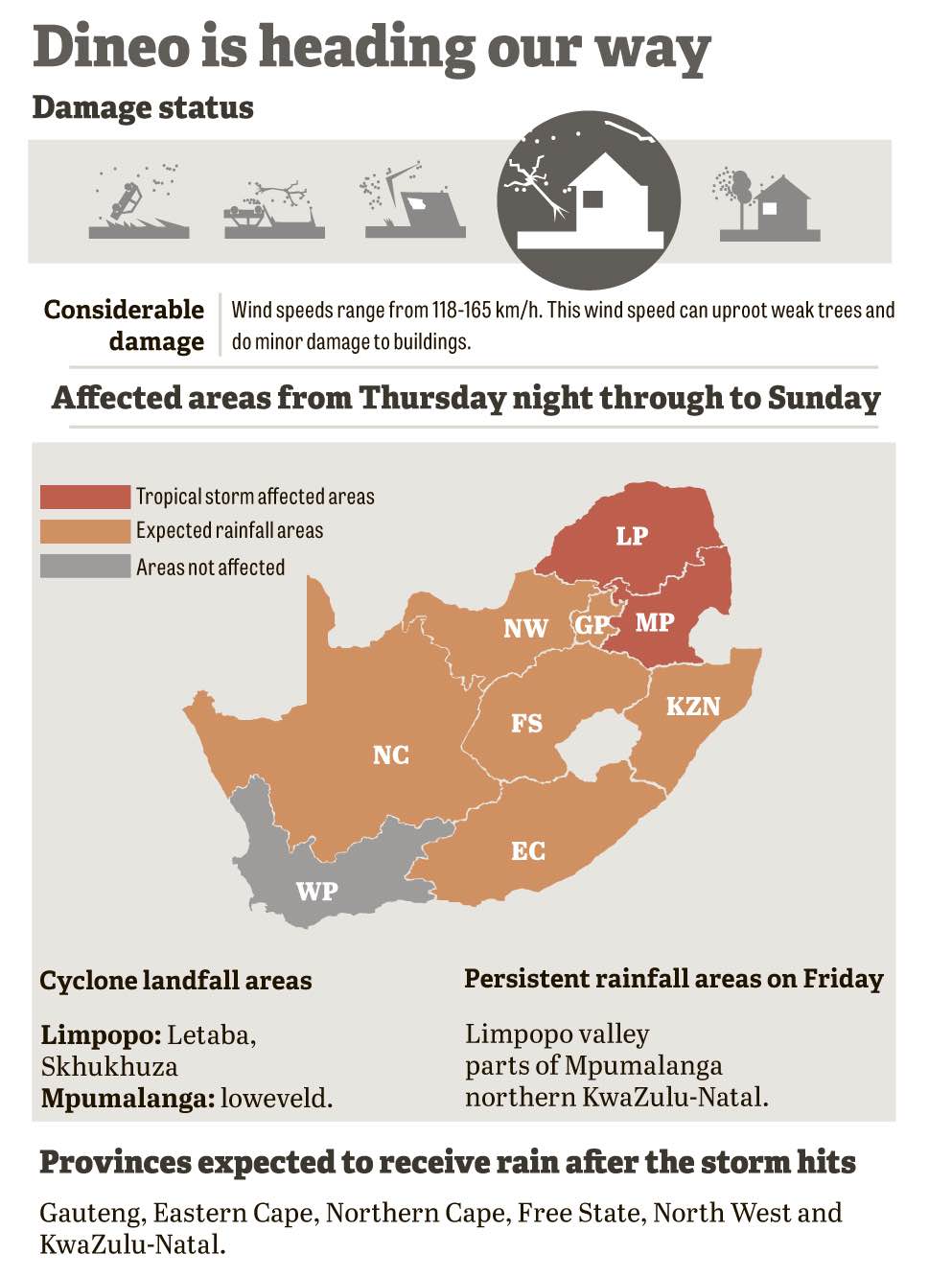 He said while they had not yet issued a warning, there was a watch for heavy rainfall that could lead to flooding.

The tropical storm is expected to move to Botswana on Sunday where it will die out, but the rain will still remain over Mpumalanga’s Lowveld and the Limpopo valley.

“Even moderate rainfall into the weekend can still cause problems for the two provinces in question, as they have been experiencing good rainfall in recent times.

“Many parts of the country are expected to experience normal isolated showers and thundershowers for the coming days,” he said.

However, another system is expected to start developing on Sunday over the southern parts of the country.

“We are expecting a tropical thrust that will see moderate to heavy rainfall to the Eastern Cape, Northern Cape and the Free State.

“Almost the whole of South Africa will be experiencing rainfall on Sunday and, by Monday, the rainfall will move further north where provinces such as North West and KwaZulu-Natal will also be wet, including the extreme southern parts of Gauteng,” Thema said.

He said residents in Gauteng could expect rainfall for the entire province by Tuesday.

The welcomed rainfall follows months of dry and hot conditions as a result of the El Nino weather system.

Recently, the weather desk said indications were suggesting above-normal rainfall for Mpumalanga, Limpopo and Gauteng for the coming months, including during the autumn season.

The rainfall that has been experienced since the end of last year has, however, not been enough to immediately assist in raising dam levels, some of which dropped significantly last year amid dry conditions.

The department of water and sanitation recently said more rainfall was needed to at least push dam levels beyond the 70%-full mark, adding that, should that happen, several municipalities might review the water restrictions that have been in implementation since last year.