Zuma appeals for foreigners to be ‘welcomed’, says not all are here illegally

Zuma said foreign nationals were welcome as their 'much-needed skills' contributed to the growing economy. 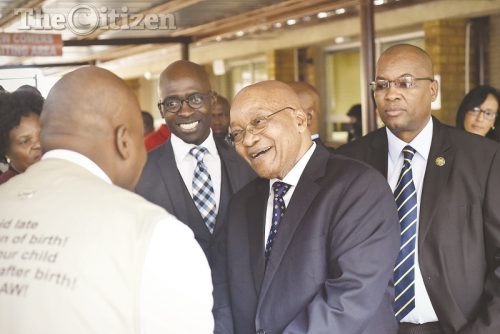 These were the words of President Jacob Zuma when he officially opened the revamped refugee reception centre in Marabastad, Pretoria, on Friday, under the new name the Desmond Tutu Refugee Reception Centre.

He emphasised that government was taking action against illegal immigrants. However, foreign nationals were welcome as their “much-needed skills” contributed to the growing economy.

“Let me also remind our people that not all foreign nationals are in the country illegally, which is sometimes the view of some frustrated South Africans. Government is taking action against illegal migration and all processes are aimed at ensuring that the process becomes transparent and legal, and that government is able to register genuine refugees and assist them, and send back those who are taking chances.”

He said naming the centre after Archbishop Emeritus Desmond Tutu was to remember his fight for human rights and freedom in the country, which would challenge the department to do more for human solidarity.

“This is a great day for the Department of Home Affairs because, for the first time, we have associated with such a significant and weighted name. We must continue to strive to serve all of those who interact with the department in a human way to align ourselves with the Constitution and the Bill of Rights.”

“Whistle-blowers confirmed to Corruption Watch that as refugees and asylum seekers, they would not report corruption via [the department’s] reporting channels for fear of reprisal and the effect on their application or status in the country,” it said.