Despite not having been fired, it is alleged the MMC was given an ultimatum to fix the billing crisis plaguing ratepayers. 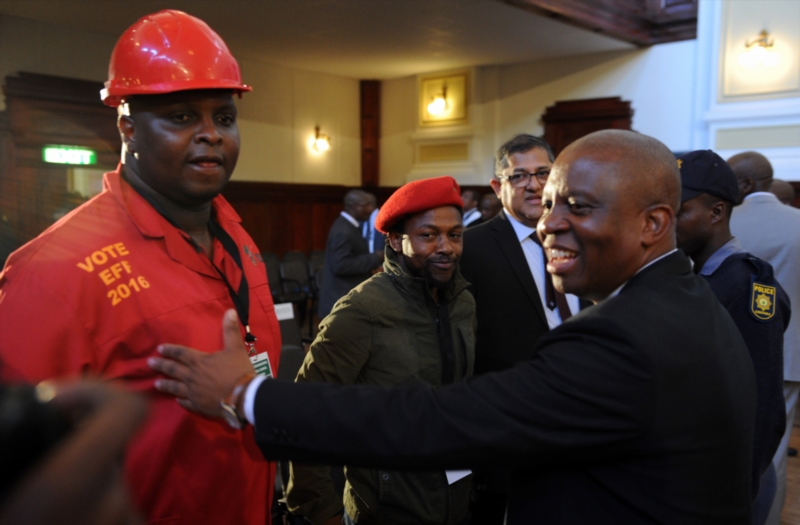 In a dramatic week that saw horse-trading within the DA caucus and an MMC get fired, Joburg Mayor Herman Mashaba is understood to have given finance MMC Rabelani Dagada a dressing down.

“The mayor was absolutely furious with the billing crisis, particularly as the mounting public pressure was beginning to sway public sentiments. The DA can no longer say to ratepayers the billing crisis is an ANC’s fault,” a source told The Citizen.

The warning, allegedly given at a meeting between the DA leaders, followed a turbulent week for the City, as it made a frank admission that the City’s billing woes were far from over.

After the official opposition in the council chamber, the ANC, boldly informed the media the mayor intended to remove Dagada for the billing crisis, the City made a somewhat tacit admission that the matter might be dominating discussions in the mayoral parlour.

Their statement, while rebuking the ANC for failing to “recognise good governance when it sees it”, said indeed Mashaba was determined to fix “the billing crisis which he inherited from an inept and corrupt ANC administration”.

“The mayor’s hands-on approach to governance is of course different to that of former Mayor Parks Tau, who was more concerned with tours and self-aggrendising promotions than service delivery,” acting mayoral spokesperson Luyanda Mfeka told The Citizen.

Dagada denied information provided to The Citizen that the mid-term budget review was haphazardly dealt with and denied the speculation that the budget adjustments and the subsequent operational expenditure allocations left Johannesburg’s treasury “technically insolvent”.

“The City’s finances are in a sound position. The new administration has made tremendous progress since taking office to ensure that we run a clean administration following acceptable governance practices. The City continues to be in a good financial position in line with benchmarks and ratios set by National Treasury,” said Lesego Ngobeni, the acting spokesperson for the finance MMC.

The ANC and other sources earlier this week claimed that not only was the City’s income-generation streams choking up due to the billing crisis, but that the removal of the CEO of City Power, described as the City’s cash cow, and the resignations of the CFO and the head of Treasury had thrown the City’s finances into shambles.

Ngobeni was adamant the City was in a positive balance sheet, and said allegations that the City could only afford to pay salaries to the detriment of service providers were inaccurate. “The City continues to comply with the National Treasury requirement that suppliers should be paid within 30 days of receiving a valid tax invoice.”

Meanwhile, the City was also requested to comment on allegations that the current investigations undertaken by the anti-corruption unit, headed by former Hawks boss General Sibiya, were executed in violation of procurement processes, particularly where it pertains to appointment of forensic investigation service providers.

“Please note that further information will be released to the media in due course by the Group Forensic and Investigation Services Department,” was all Lucky Sindane, spokesperson for unit, was prepared to say to The Citizen.