A torrent of ‘no comment’ from Manana’s ‘private office’ staff

Ostensibly, the senior staff member in the office – the chief of staff – is not mentioned in the statement. 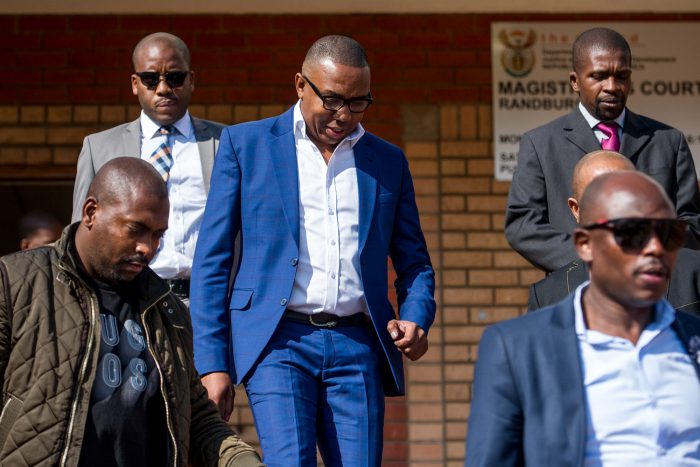 Following Sunday’s media statement by six members of the “private office” of deputy minister of higher education and training Mduduzi Manana, The Citizen tried to hear the views of the women on the staff regarding the statement.

This is primarily because such a media strategy is a rarity in the South African political landscape. The other factor at play here is that the deputy minister himself has confirmed the allegations, and the court case is currently under way.

The last time civil servants attempted to bolster an under-fire boss was when the deputy director-general of communications and provincial commissioners at South African Police Services (SAPS) rallied behind Riyah Phiyega.

Parliament would later, in a humiliating dressing down, force all the nine provincial commissioners to individually apologise to the police portfolio committee for trying to undermine its work by publicly supporting the embattled Phiyega.

In the short but loaded statement in support of Manana, the spokesperson (woman), personal assistant (woman), parliamentary liaison officer (man), protocol officer (man), special projects officer (woman) and administrative officer (woman) said they were “disturbed by the negative sentiments shared by our former colleagues on the person of the deputy minister”.

“Our deputy minister is a man of integrity and high work ethic, very strict when it comes to work, and it is his track record and contribution towards the education of an African child that speaks volumes.

“The deputy minister runs his office with much efficiency, forever encouraging us to empower ourselves with education; a leader of stern principles,” the statement continued.

First to be contacted was the PA to the deputy minister, Thulisile Mabona. Acknowledging the statement and courteous to a fault, Mabona’s tone radically changed when asked if, during Women’s Month, it was advisable to support an assault-charged boss before the court case could be concluded. She was also asked if she had seen the video footage corroborating the woman-bashing incident at Cubana on a Sunday morning.

“I can’t comment further on that. Please refer to the statement. I have nothing else to say, sorry. Goodbye!” she said.

Another staff member contacted was Khalipha Dazela. According to the statement, she is a “special projects officer”. However, when The Citizen called, she identified herself as a PA to the chief of staff for the private office.

Dazela confirmed knowing about the statement and consenting to it. When she was asked on what basis she was supporting the deputy minister when he himself confirmed assaulting the woman, and about the video footage, Dazela ended the call.

Last to be contacted was deputy minister’s spokesperson, Busiswa NoPinkie Gqangeni. Gqangeni’s cellphone number that appears on the ministerial press statements was off, but she kindly responded to queries via a social media platform. She offered a terse “no further comment” to all the questioned posed to her by The Citizen.

Ostensibly, the chief of staff is not one of Manana’s “supporters”. According to weekend media reports, the previous chief of staff for the office lodged a complaint with the public protector against Manana’s conduct.

Advocate Ishmael Malale’s two cellphones were switched off, and The Citizen is awaiting the acknowledgement of emailed queries.