The family’s misfortune started in July, when a drunk driver ploughed into their one-roomed shack, resulting in the death of one child. 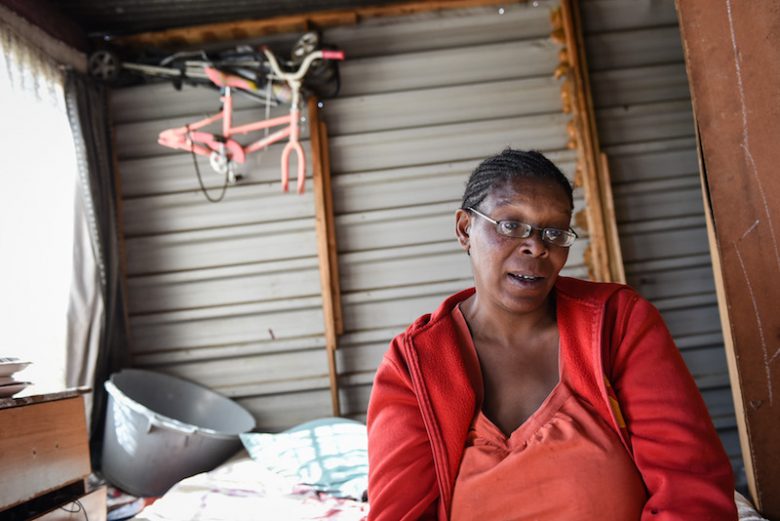 Veronica Khambule sits in her home where an allegedly drunk driver crashed into her home while she and her family were sleeping, 30 July 2017. Princess Khambule (1) was injured in the accident leaving her in a coma, Eersterust, Pretoria. Picture: Jacques Nelles

A Pretoria couple hardly had time to deal with the death of their 20-month-old baby, Princess, on Monday morning, when their second child, Prince, died a day later.

Veronica and Derick Khambule are both shattered. “We feel cheated, like someone robbed us,” a devastated Veronica said.

The family’s misfortune started at the end of July, when a drunk driver ploughed into their little one-roomed shack in Eersterust. Veronica was pregnant at the time with Prince.

Princess sustained serious head injuries when she was hit by the bakkie that came to a halt on top of the bed where she was sleeping between her parents. She was operated on five times.

On Monday, while Veronica was in the hospital waiting to go into labour, after her water had broken a week before, she received news that Princess had died.

“I was so shocked because I always hoped that she would get better. “She was the apple of her father’s eye,” Veronica said.

She rushed over to Steve Biko Hospital to be with her husband and to help him identify their daughter’s body. In the early hours of Tuesday morning, Veronica went into labour and was re-admitted to Mamelodi Hospital where she gave birth to Prince.

“He cried once, but for a long time, and I asked why he was crying so much. I kissed him and held him close,” she said, treasuring that last and short moment.

“But when the nurse touched his leg he took his last breath and died,” she said.

According to Veronica, the doctor then discovered that her son’s heart was on the wrong side of his body and his right leg was broken.

With two funerals to organise and living in a broken one-room shack, Veronica said: “I really don’t know where to go from here.”

Richard Johnson, Veronica’s brother, said: “We do not hate anyone. We are leaving everything in God’s hands. But this is the first time in our family where one person lost two children at once.”