The secretary-general says some party members have associated being elected to ANC structures with greed and power. 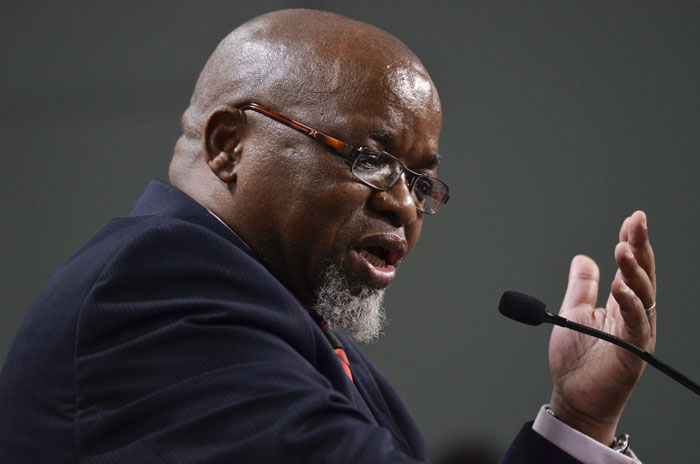 African National Congress secretary-general Gwede Mantashe says the advent of court cases challenging the internal processes of the governing party is driven by warring factions within the ANC and the desire to be in power.

“You can go to regions and provinces, it’s a new trend of every time there is a conference people participate, and once the results are announced, then they contest them,” Mantashe told Talk Radio 702 on Tuesday morning.

“To me, it tells me that the reality of the matter is not the process; it’s the desire to be in power. If my faction doesn’t succeed in winning the conference, I must appeal it and take it to court.”

Mantashe said the number of legal challenges lodged by disgruntled ANC members questioning the legitimacy of elected leaders at branch and provincial levels, and to some extent regions, would increase, as more party members associate being elected to positions with greed and power.

“That trend is going to grow the more getting elected into structures of the ANC translates into holding power in government, and therefore take charge of resources. It is a manifestation of commitment being replaced by greed,” he said.

Ahead of the ANC’s much-anticipated national congress in December, where President Jacob Zuma is expected to hand over party reins to a new leader, several members of the ANC have challenged the legitimacy of leaders elected to serve on the party’s structures.

Among the slew of cases, the Pietermaritzburg High Court in September ruled that the current provincial executive committee (PEC) led by its chairperson Sihle Zikalala was “unlawful and void”. This after a group of so-called ANC rebels appealed the November 2015 provincial conference that elected the PEC.

The provincial ANC leadership is appealing the ruling.

Mantashe underscored that leaders elected to positions of power in the ANC had to meet a certain level of “high standards”.

“You can’t measure yourself using what we call the lowest common denominator … There is a reasonable expectation for us to meet high standards, but what is happening now with many of the court cases and appeals, [they] are not based on the processes, they are based on the results,” he said.