Other police officers watched the brutality as people in the crowd took videos. 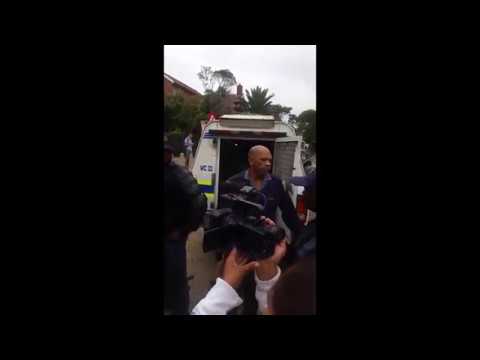 A video of police officers dragging a naked woman, said to be a University of Cape Town student, has emerged. In the video, two female SAPS officers can be seen dragging the unconscious woman, and a cloth that was covering her falls to the ground.

Other officers, including men, look on, as some people in the crowd take videos. They finally manage to get her into the van, while a male officer rushes to close the van door.

There is an uproar on social media following the emergence of the video, with some asking Police Minister Fikile Mbalula why police handled the protester in such a manner when no such treatment was given to the Black Monday protesters.

“This country must be shut down. Such humiliation and degradation of students as such. Law should take its course,” said one.

Another said the police were “moving a student who was lying naked across a road in violation of an interdict”.

According to Varsity News, the student in the video naked because she was part of a protest art installation. She apparently suffered emotional distress after being picked up by the police, and fainted as a result.

She was taken to a hospital.